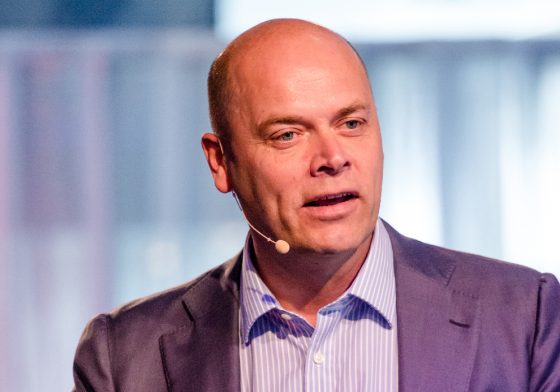 There is more to the Netherlands than four big cities with a few fields in between, says economist Mathijs Bouman.

Amsterdam stands for Schiphol airport, HQs, and the creative sector. Rotterdam is synonymous with the port, trade, and hard graft. The Hague is the administrative capital and looks after international relations. Utrecht takes care of the business services. The Dutch economy is propelled by a four-cylinder motor: Amsterdam, Rotterdam, The Hague and Utrecht. Without a hint of irony they call themselves the ‘G4’– as if Merkel and Macron could walk in any minute and start negotiations.

Last year the G4 went to the Binnenhof to ask for €35bn to finance a comprehensive investment plan aimed at improving the accessibility of the urban regions as well as increasing the number of houses there. The G4 have an office in Brussels so the European decision-making process can be tweaked to follow a course that would be advantageous to the four main Dutch cities.

Now I would be the last person to deny that urban networks matter. The economy can only benefit from cooperation and how better to achieve this than to live cheek by jowl. Cities create dynamism and wealth all over the world.

But there is such a thing as overdoing it. Yes, cities are important but so is land. The Netherlands is not just four powerful cities with a bit of useless grass, peat and water in between. Relevant economic activity is taking place outside central urban belt too. Eindhoven is accommodating first rate innovation, the Achterhoek is a hotbed for modern manufacturing and agricultural high tech is just about everywhere.

More often than not, these companies are geared towards exports rather than the Dutch market. Their CEOs only come to Amsterdam to take a plane to meet clients in far-flung destinations. They only think of Rotterdam when a container is delayed. The Hague is remembered only when the blue envelope arrives.

The cabinet has earmarked €950m to tackle regional problems. Assorted local authorities will be entering the fray to get their share in the months to come. Eindhoven got in first and demanded €170m to make the region more attractive to international talent. ASML boss Peter Wennink said the amount would be a good start but said Eindhoven region really needs quite a bit more.

To encourage the regions in their battle for more dosh I did a few sums to measure the importance of the regional economy for the Netherlands. What would the Netherlands Ltd. look like without the G4? Would it be another Jutland? Or would it still hold its own economically?

To subtract the G4 economy from the Dutch economy as a whole I took not only the economies of the four cities themselves but each so-called Corop area, the surrounding area which often has close economic ties with the city.

In the case of Amsterdam this area would be Greater Amsterdam, including Alkmaar and Haarlemmermeer. Rotterdam would be region Greater Rijnmond, The Hague Agglomeration’s-Gravenhage. And the city of Utrecht would represent the whole province of Utrecht.

Subtract these four regions and you are left with the Dutch country side. The rural areas in the Netherlands are home to 12.2 million inhabitants who live in 5.4 million homes and work in over a million businesses. Employment accounts for 4.7 million work years. Each one of these number exceed those of the G4.

The rural GDP is €439bn. That is almost two thirds of the national GDP. Even without the G4, the Netherlands would be a medium size player in Europe. It would be the fifth economy in the euro zone, with a GDP higher than that of Belgium. It would also have a higher GDP than EU member state Poland. The economy of the rural Netherlands would even be bigger than Finland’s and Portugal’s put together.

Yes, the big cities would make it even stronger and wealthier. But to think the Netherlands would be nothing without the G4 is simply not true.