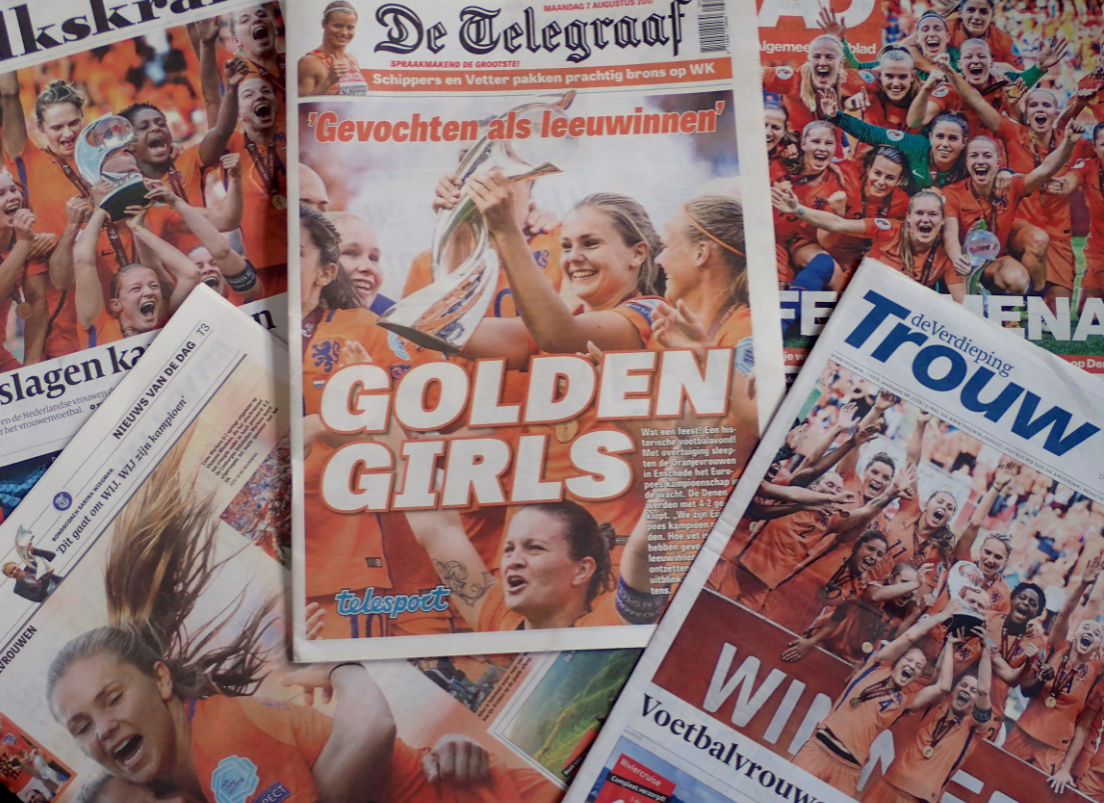 With the Dutch women’s team having won the European title for the first time in their history, here’s a few key facts about female football in the Netherlands.

1 The first female team
The first female team, the Oostzaanse Vrouwenvoetbal Vereeniging, emerged in 1924 but was soon side-lined by the Nederlandse Voetbalbond, the precursor of the KNVB, which was of the opinion that the role of women should be restricted to  that of ‘wife, mother or fiancée of football players’.

2 The national association
In 1955 football-crazy women started their own league of 14 clubs while the KNVB pretended nothing was happening. More clubs joined who happily played each other in regional competitions. The number of female players had reached 5,500 by this time. It was not until 1971 that the KNVB finally admitted women’s football to the fold and 1973 before they played their first official international, losing 1-0 to England.

3 Over 150,000 players
Last season the KNVB had 153,001 women and girls on its books, a rise of 4% compared to 2014/15. More than 2,000 of the country’s football clubs have one or more female teams and pundits predict the European win will boost numbers even higher. Only England and Germany have more female players.

4 Going professional
The women’s Eredivisie was launched in 2007 and the title has been won by FC Twente for the past four years. Attempts to form a joint league with Belgium lasted for just three seasons. Currently eight clubs take part in the competition: Achilles ’29, ADO Den Haag, Ajax, Heerenveen, PEC Zwolle, PSV, FC Twente and Telstar VVNH.

Many of the top Dutch women play abroad. European championships star Lieke Martens, for example, left Limburg to follow football at the age of 15 and now plays for Barcelona. Jackie Groenen plays for Frankfurt and Shanice van de Sande plays for Liverpool.

5 The pay
According to research cited by Trouw, 35% of female football internationals are not paid at all. Those who do make a living wage derive most of their income from sponsorships and endorsements.

6 National investment
The nation that actually invests the most money in women’s football is England with some €15.8 million last year. The Netherlands comes second with a paltry €4.46 million while long-time favourites Germany do not make an appearance in the top three at all.

7 The prize money
The prize money is certainly not much to write home about: the Dutch women will take a share of €8m in prize money for the European title. In the men’s competition in 2016 the total prize pot amounted to €301m.

8 The coach
The Dutch team was the only one of the final four in the competition with a female coach – Sarina Wiegman, a former international with 104 caps. She became national coach in January 2017 and led her team to European victory only a few months later. Her contract runs to 2019.

9 The final
The 2017 European final was watched by a record numbers of television viewers in the Netherlands – an average of four million people watched the game, with peak moments of 5.5 million people tuning in.

10 A football pundit changes his mind
Last but not least, Dutch women’s footie now has an unlikely advocate in football pundit Johan Derksen who always dismissed female players but who changed his mind when he watched a match involving American female soccer players.

‘I have to eat humble pie. That is tough. I now look like a dick because I always regarded football as an exclusively male sport,’ he said in the Volkskrant. ‘And now I have to admit women can play just as well. The time for laughing at women’s football is long gone.’

11 What’s next?
The campaign to qualify for the 2019 World Cup in France kicks in October when Oranje take on Norway.  Slovakia and Ireland are next on the list.