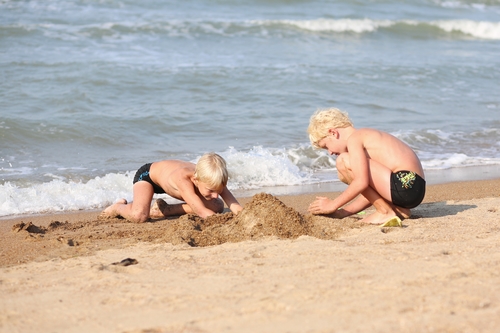 Working together to reach consensus is one of the essences of being Dutch. No wonder then that even at school children learn all about making deals with their peers, writes DutchNews.nl editor Robin Pascoe

The Netherlands is now in the middle of a long and complicated process to create a new coalition government. The Dutch political system invariably creates coalitions and the process can take months and months.

Manifesto points are ditched, compromises reached, trade-offs agreed and finally the parties that have managed to find enough common ground publish their long-awaited coalition agreement – their blue-print for the country for the next four years.

Those who romanticise the Dutch tradition of consensus like to see its origins in the Dutch fight against the sea – when everyone had to work together to ensure the dykes were high and the waves kept at bay. This may well be the case. But consensus is not just confined to the corridors of power in The Hague.

Consensus also looms large in industry and economic policy in the form of the polder – the Dutch word for reclaimed land which is also the name given to the tripartite talks between employers, unions and the government that always take place when a major issue needs to be dealt with.

But the Dutch love of consensus starts well before you’ve reached a position of influence in politics or industry. It permeates every level of Dutch society – right down to the education system. Yes, if you’ve got children at a Dutch school, you will not be able to avoid the practice of working together in groups.

I’ve never been sure about whether the Dutch school fondness for group-based projects is about teaching kids to get along and work together, to get them to accept how to make the best of things or because the teacher can’t face the idea of marking 30 different projects on World War II or fossil fuels.

The trouble starts when junior comes home cursing about the fact he has been put in a group with three others who are, he says, stupid and lazy. They’ve already had a meeting to decide who is going to do what and he just knows he’s going to fail because the others are sooooo useless.

Three of the four have decided that X will be in charge of finding the pictures because he or she is dyslexic and can’t be relied on to produce a coherent 500 words on the greenhouse effect. Of the three writing the text, one goes awol or comes up with endless excuses why her or she have not completed their required part.

The two who are left over have a blazing fight about the dreadful quality the other has delivered, one bows out and the other stays up all night rewriting the whole thing to their own exacting standards.

Perhaps the hardest lesson to learn about this group approach is accepting the fact that your future – well, your exam mark at least – will partly depend on the performance of your peers.

A mate of mine has just been asked if she could possibly edit – rewrite – a 20 page project on England which has to be in English because her god-daughter is convinced she will fail because three of the girls in the group can’t string two words together. The final project won’t say much about their English skills but it will show the importance of ‘who you know’ in getting what you want.

As junior becomes more experienced about the process, he or she learns to make sure they get in with the other kids who will be most useful to them… the one with the rich parents who will pay for the final project to be perfectly printed, the one with the uncle who just happens to be a climate change advisor to the government – name dropping at a young age never hurt anyone – the one who always gets top marks and can actually spell and, most important of all, the one who can whip up a power point presentation at the age of seven.

Yes, when it comes to convincing the teacher you actually know what you are talking about, style definitely wins over substance and making sure your team puts on the best presentation is crucial.

So in a few weeks, or maybe months time, the new Dutch government will be presenting its plans for the future, based on endless meetings, late night rewrites and goodness knows how many tantrums behind closed doors.

We can say with some certainty that PVV leader Geert Wilders is the kid no-one wants in their team. While the group who have decided they can work together make their presentation, he’ll be sitting at the back of the class making snide comments. As for the marks? That will up to us to decide in four years time.