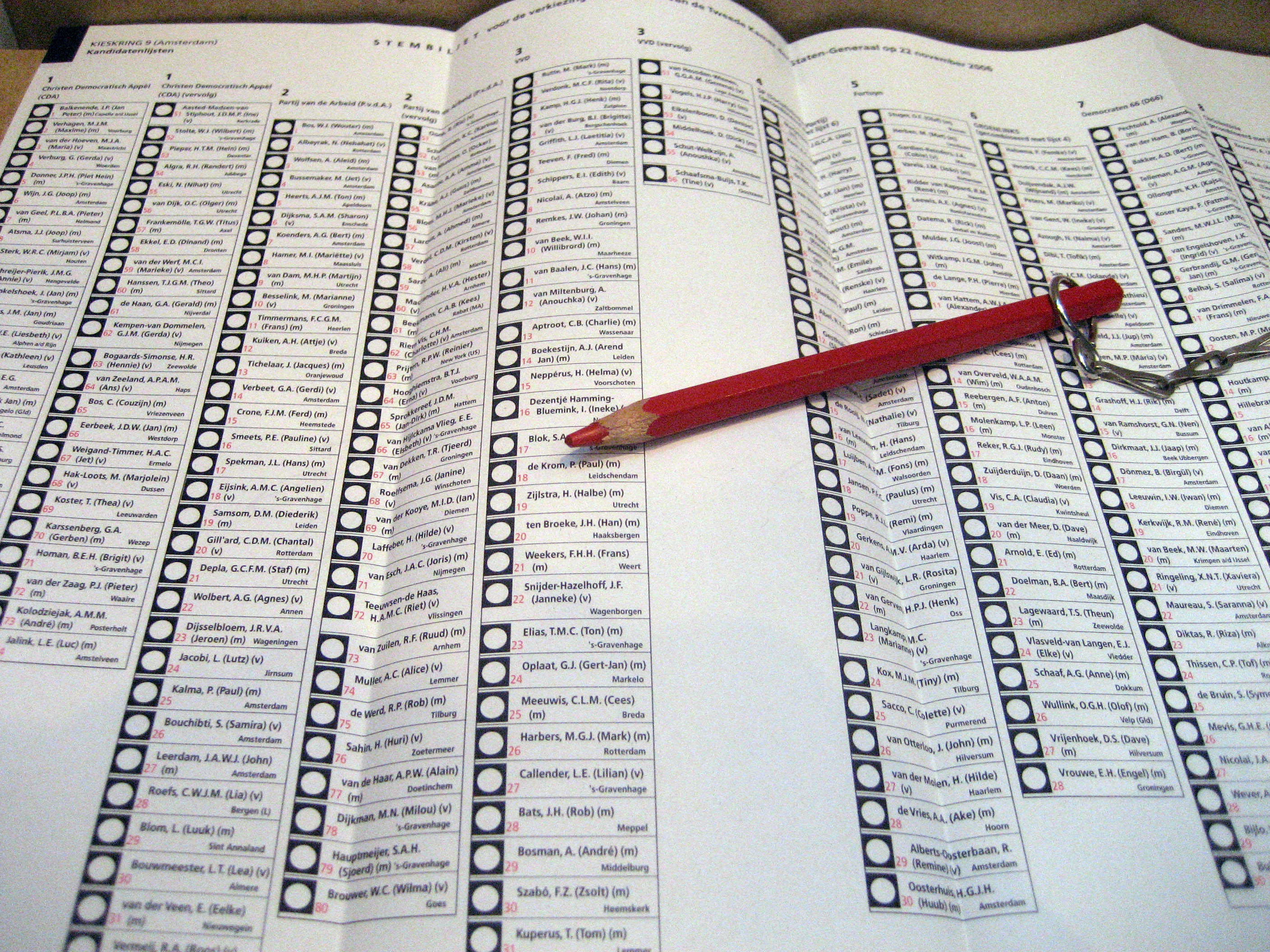 The Netherlands goes to the polls to elect a new lower house of parliament on March 15. Here are some key facts about how the Dutch political system works.

The Netherlands is a constitutional monarchy and the king (or queen) is the official head of state.


There are 150 MPs in the lower house or parliament and they are elected every four years, or earlier if the government collapses (which happens quite often). Their job is to make new laws and keep an eye on what ministers are up to.

The 75 members of the senate are elected every four years – out of step two years with the lower house – by members of the 12 provincial councils. The senate’s job is to ‘reflect’ on the implications of new legislation. The senate cannot amend legislation – it can only accept or reject it.

A government which does not have majority support in senate can’t be certain its more controversial policies will be approved. The outgoing government has had to piece together all sorts of political coalitions to get some of its measures into law.

To vote in the national elections, you must be a Dutch national and 18 or older. People who are eligible to vote are sent a polling card at least 14 days before the election. You also need to show id when you go to vote.

Non-Dutch nationals can vote in the local and European elections and for the water boards, provided they meet certain conditions.

The polling stations are open from 7.30 am to 9 pm but some open earlier on special request.

How does voting work?

Voting in the Netherlands is based on proportional representation according to an approved party list of candidates.

Several weeks before the election, the political parties which have qualified for inclusion on the ballot paper, have to produce a list of candidate MPs. (To qualify to be added to the ballot paper new parties have to pay a deposit of €11,250 and gather a total of 580 signatures spread over the 19 electoral districts in the Netherlands and in the Antilles – most hopefuls fail to do this.)

The party leader usually heads the list, while the last name is often a celebrity or known face of some sort who wants to show his or her support for the party. This ceremonial position is know as the lijstduwer.

To vote you first pick the party of your choice and then fill in the circle next to your chosen MP with a red pencil. (There have been attempts to introduce electronic voting in the Netherlands but allegations of fraud and privacy issues put paid to that.)

MPs are chosen according to their place on the list. However,  if an MP lower down  the list gets a lot of preference votes – more than 25% of the electoral quota, to be technical about it – he or she will move up the list and win a seat in parliament by pushing someone else out.

As soon as the polls close, public broadcaster NOS and some others publish the results of their exit poll. This gives a rough idea of what the outcome of the election is likely to be, but in a close run contest, like this year, anything can happen.

DutchNews.nl will be running a live blog on the evening of the election so you can keep up to date with the latest happenings.

Once the dust has settled, parliament – the newly elected 150 MPs – will hold a debate on the results and select an informateur – a senior statesman who looks into possible government coalitions in the days after a general election. The informateur holds talks with party leaders to sound them out on potential partnerships.

Once a potential coalition has been identified, the informateur appoints a formateur, usually the leader of the biggest party. He (and no big party leaders have a female leader) will then get down to the nitty gritty of working out a coalition agreement.

This can take months, during which time the new MPs have to deal with ministers who are in caretaker functions. So nothing really gets done and the country seems to function perfectly well.