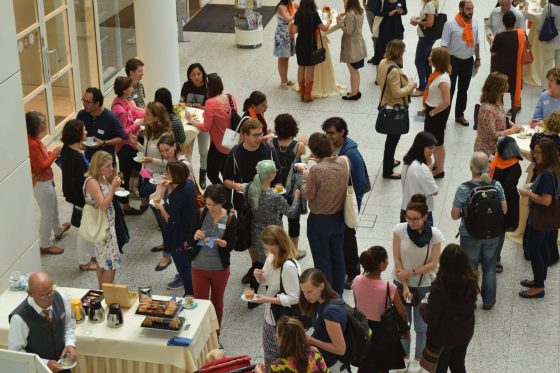 Whether it be sensible advice about childbirth or making friends, finding a job or even where to buy a tie, volunteer organisation Access has been helping internationals in the Netherlands for the past 30 years. Molly Quell looks back at the organisation’s history as they celebrate their anniversary this month.

The Access model is unique in the world but the problems it seeks to solve aren’t. The experience of moving abroad is, unsurprisingly, a stressful one. In 1985, the American Community Council (ACC), an organisation which brought together all of the American-focused groups in The Hague – from churches to schools – took on this challenge. According to Gale Metcalf and Joel Wallach, who helped with the founding of Access: ‘It was not about the availability of support or information, it was access to and awareness of it that we noted as being absent in The Hague.’

The ACC looked at that model and concluded that what its community needed was a clearinghouse for information that international families needed, including opportunities for professional development and a list of service providers who worked with international families. From this, Access was born.

Within the first year, it had 70 volunteers. They came mostly from the community of spouses who had followed their partners and were often highly educated and with in-demand skills but who were unable to find work in their new country.

This very volunteer pool is what makes Access so unique.. The organisation currently has only four paid roles. While providing services to the international community, Access also seeks to provide opportunities for those very same people to have something to do that wasn’t ‘house, spouse or kids’ says the organisation’s director, Deborah Valentine.

During its 30 year history, Access has worked with 3,000 volunteers. The organisation currently boasts 130 volunteers with around 40 nationalities with John Pellet, the longest serving member of the team after 12 years. 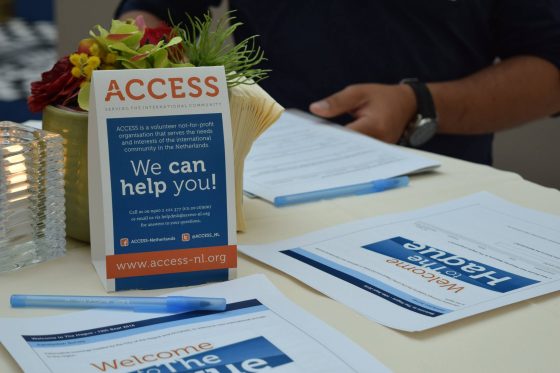 Those volunteers staff their national back office, which can be contacted via email or a 0900 number. They also staff the first Access help desk in The Hague and the satellite offices it has recently opened in Utrecht and Amsterdam. Soon it will have a similar desk in Leiden.

When relocating from France with his partner, American John Fields ventured to City Hall to visit the desk located there. ‘I spoke with an Access volunteer who was extraordinarily welcoming, friendly, knowledgeable, and supportive. I had been doing volunteer work in France and within 6 months of arrival, I had successfully become part of Access as well.’

Internationals can get practical information about health, employment and legal matters but advice about life necessities isn’t the only information it provides. Office manager Qin Cai was once asked where one could buy a tie within a five minute walk from The Hague central station.

Initially the organisation was supported in large part of a grant from the US State Department’s mental health services division and was supplemented by support from local organisations.

By the mid-90’s, Access was receiving most of its income from publications. In more recent years, the funding has come from sponsorship. It is also launching a patron programme, in which international organisations can contribute financially and in return, receive assistance with onboarding their international employees.

Despite some financial difficulties in the past, the core of the model remains strong. In 2015, Access became part of Utrecht’s official expat centre. When the Expatcenter in Amsterdam wanted to expand its services, it looked to to them as all. ‘Access was the perfect partner to help us. In particular, their team of volunteers is highly knowledgeable,’ says Colleen Geske, international community liaison at the Expatcenter Amsterdam.

The organisation is now talking with the city of Leiden as well. ‘I believe ACCESS’ role will continue to prosper and flourish with all the new initiatives that continue to be undertaken,’ says board member Pauline O’Brien.

Access returned to its origins with its 30th anniversary celebrations by hosting a reception at the American School in Wassenaar, where the organisation was founded. The party was attended by current and former volunteers and a whole host of friends and supporters. ‘The reception,’ says Valentine, ‘gave us an opportunity to reflect on our history and celebrate our volunteers. Without them, what we do would not be possible.’

Find out more about Access and volunteering via www.access-nl.org