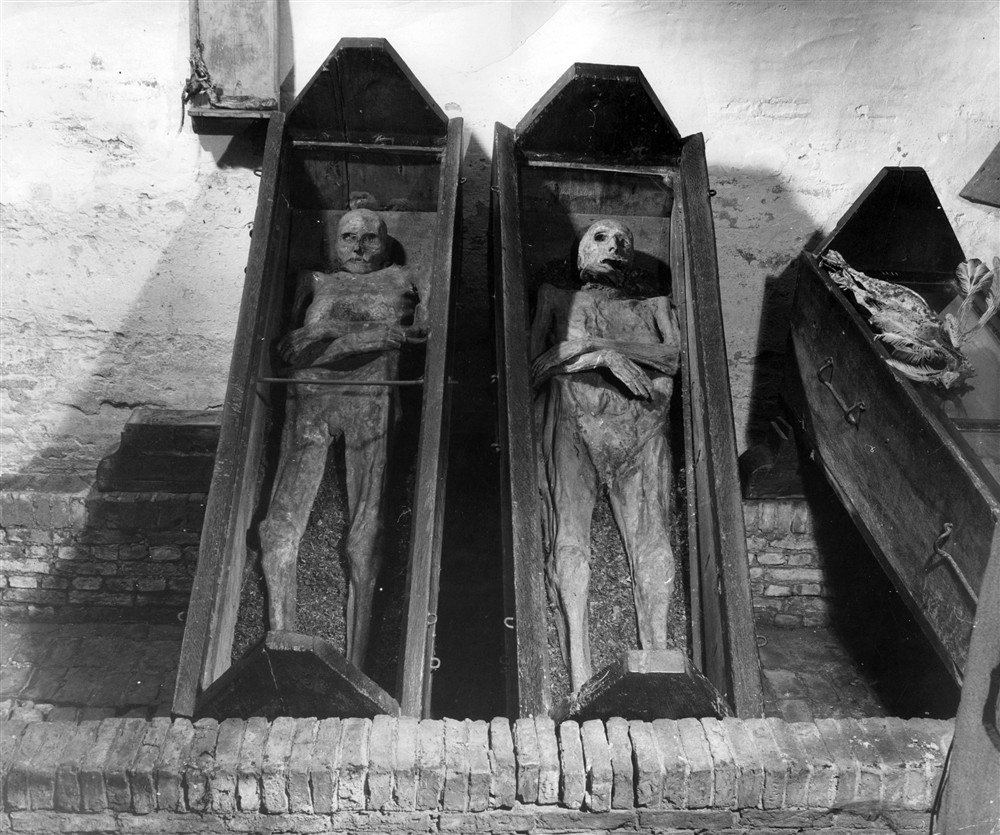 A step back in time. Photo: Spaarnestad via HH

And you thought the Netherlands was just about tulips, windmills and clogs. Don’t you believe it. There are some very strange places to check out indeed.

Visit the mummies of Wiewerd
Wiewerd is a tiny hamlet built on terps – raised mounds – in deepest Friesland. The story goes that in 1765, carpenters working in the church found a crypt with 11 coffins containing bodies that had become mummified. They are thought to have been members of an obscure Christian sect called the Labadists who lived nearby. Four bodies and several mummified birds are in the crypt today – the missing bodies are thought to have been stolen by medical students at long gone Franeker university. To visit ring a bell on the church and someone from the village will come and open the door to let you in.

Get weighed to see if you are a witch
The village of Oudewater near Utrecht features on most lists of the Netherlands’ prettiest villages but we consider it to be seriously strange. Forget the cobbled streets and canals – if you go to the town’s weigh house, they will find out if you are witch. This is not because the good folk of Oudewater were determined to stamp out witchcraft but because, so the legend goes, they were exceedingly honest. Hundreds of people made their way to Oudewater in an effort to prove their innocence and no-one was ever found to be light enough to be a witch. You can still get a certificate to prove it.

Visit 22 bits of Belgium, completely surrounded by the Netherlands
Baarle Nassau is a town of some 6,000 people in Noord Brabant which contains rather large chunks of Belgium. In fact there are 22 little bits of Belgium in the locality, the smallest of which is named H22 and measures just 2,632 square metres. The complicated border is due to a lot of complicated medieval treaties, agreements, land-swaps and sales between local lords. The border marked out clearly on the streets so you know if you are in Belgium (Baarle-Hertog) or in the Netherlands (Baarle-Nassau).

Walk round an island that does not exist
The island of Schokland, which used to have several villages, was finally abandoned in 1859 on the orders of the government which was fed up of rescuing its population from floods. 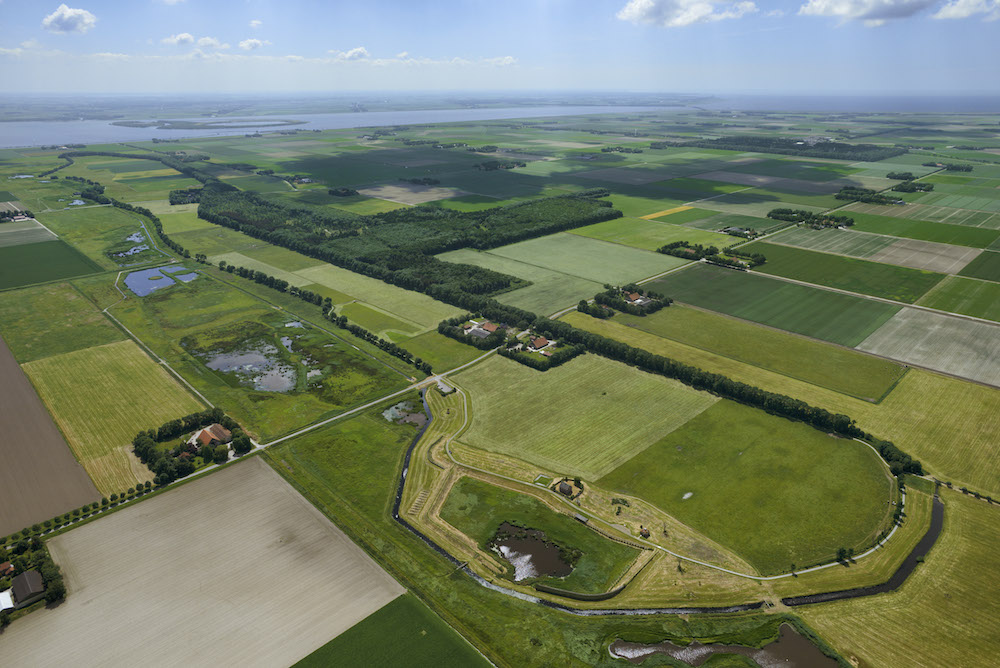 The shape of the island is still clear. Photo: Marco van Middelkoop/Hollandse Hoogte

All the buildings were destroyed so that the Schokkers, as the locals were known, could not move back. Then in the 1940s, the Zuiderzee sea around the island was reclaimed and Schokland became part of what is now the Noordoostpolder. Follow the round Schokland walk and imagine how bleak it must have been to live on this swampy rise in the middle of the sea, especially in a storm.

Go underground in Limburg
The St Pietersburg caves in Limburg are not caves at all but mines – the result of 2,000 years of digging for marl – the mud stone used in building and agriculture. The digging, which began with the Romans, led to the creation of a labyrinth of 20,000 tunnels and passageways, many of which are covered in graffiti dating back centuries.The caves are also home to what the local tourist board says is the ‘largest and oldest underground Christmas market in Europe’. We cannot imagine there are any others….

Spend time in a village devoted to prisons
In the depths of darkest Drenthe is the prison village of Veenhuizen which was developed in the early 19th century as a place where anti-social families, the jobless and the poor of Amsterdam were sent to be reformed. 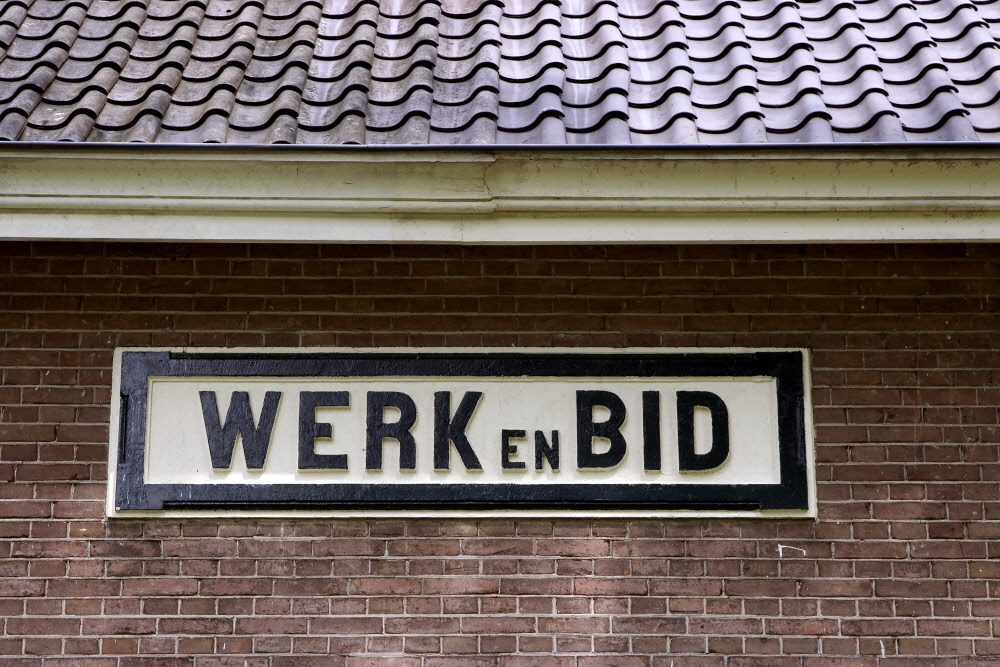 In the late 19th century the complex was turned into a penal colony, which it remains to this day. One poorhouse remains and has been turned into a rather good museum and two of the prisons still hold prisoners – you can visit the outside in a minibus. The houses in Veenhuizen which were lived in by the warders (and still are) have names like ‘rest is rust’ and ‘labour enobles’.

Check out human and animal deformities
Not for the fainthearted – the Vrolik Museum in the heart of the AMC medical centre in Amsterdam Zuidoost is devoted to pathological specimens – from jars containing club feet or Siamese twins to framed pieces of skin covered in tattoos. 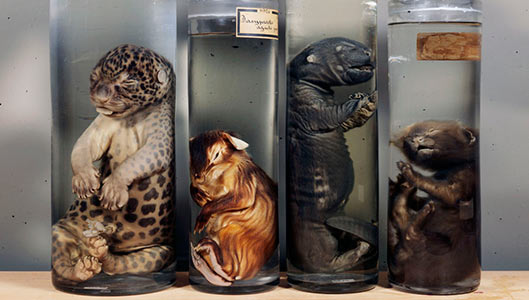 Go as low as you can
It is somewhat disconcerting to stand next to a lorry park not far from Rotterdam and imagine that you are nearly seven metres beneath the sea. The Zuidplas polder near Rotterdam is 6.76 below sea level, making it the lowest point in the Netherlands. Until 1995, the Lage Land polder had been considered as low as you can go in the Netherlands but it lost its title when government officials decreed that Zuiderplas was a whopping great two centimetres lower.

Have a drink in Sexbierum
Okay, school boy humour we know, but Sexbierum must be one of the wackiest names for a Dutch village – perhaps even beating the charmingly named Muggenbeet (mosquito bite) in Overijssel. Unfortunately, the name of this Frisian village of under 2,000 souls does not derive from various vices but from a combination of the name of the pope Sixtus II and the Old Frisian word for house or barra. The village does have a rather fine mill, but its most recent appearance in the headlines came in March 2016 when some of its more youthful residents were given three months probation for tying a dead porpoise to the back of a car and riding around with it until the creature fell apart.