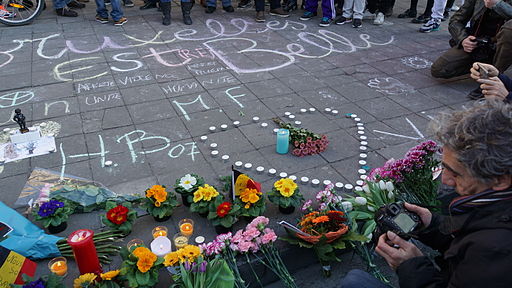 The state has failed to come up with a convincing counterstory to terrorism, says professor of jurisprudence Paul Cliteur.

Perhaps one of the most remarkable facts to emerge from the confusion surrounding the attacks in Brussels is that very few people regard this as a failure on the part of the state. But that’s exactly what it is, isn’t it? Why else do we have states? A state is an organisation which purports to protect its citizens from each other and from attacks by other states.

This primary function of the state is called the ‘monopoly on violence’. The state disarms its citizens, puts in place a system of law enforcement and a judicial system and arbitrates in conflicts. But since 9/11 and the many attacks that came in its wake it is starting to look as if the state is incapable, unwilling or not intending to take on this role.

Politicians talk about terrorist attacks as if they are a natural phenomenon, something you can show your sadness about in a march or by burning a few candles, but never as administrative failures on their part.

If president Hollande can mobilise 70,000 police officers on January 6, why were there only two guarding the premises of Charlie Hebdo on February 4? And why, after almost 30 years, is Salman Rushdie still having to move from place to place like a hunted animal?

It seems as if the state thinks the attacks will stop by themselves if you don’t dig too deeply into their root causes. And the cause is a way of thinking. What the Kouachi brothers, Coulibaly and Abdelslam have in common is a set of ideals. Call it ‘religion’, an ‘ideology’ or a combination of the two. Whatever we call it, it’s clearly not going away by not paying attention to it.

You could put it like this: the state has not developed a ‘cultural counterterrorism’ offensive to any great extent. On the contrary, politicians think (are convinced even) that it would do no good and even be counterproductive (‘attitudes would become even more entrenched’).

And so the market is deluged with propaganda celebrating armed struggle in far-flung countries without any convincing counterstory from the state; one that features democracy, the state of law, human rights, and life in a world where it’s normal to read books with images of every god and prophet this world has ever known.

Of course attackers have to be tracked down, prosecuted and sentenced. And of course geopolitical factors come into play. But terrorism is also a way of thinking, a mindset that has to be analysed by looking at its religious-ideological basis. That hasn’t happened in the last 15 years.

That is why these years are lost years in terms of combating terrorism. Perhaps Brussels will be the wake-up call and things will change. ‘Oh holy Socrates, pray for us,’ Erasmus said, and pray we should for that change to come about.