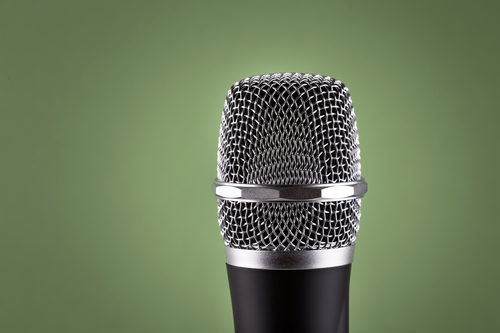 What do a British holocaust denying historian, an ultra-fundamentalist Islamic sect, and an American pickup artist have in common? The answer: all three have faced resistance in the Netherlands for their rhetoric. And efforts to restrict all three have been shot down due to freedom of speech laws, writes Graham Dockery.

Salafism, a puritan and anti-modernist interpretation of Sunni Islam, is the religion of choice of the Islamic State, the Saudi regime, the Muslim Brotherhood and Al-Qaeda.

The religion is commonly divided into three groups of followers: the apolitical, who keep their religion to themselves but bow before any Salafist leader to avoid creating fitna, or chaos; the political activists, whose ranks swelled following the Arab spring; and the jihadists.

Naturally it’s the last group that has people in the west worried. Those who see armed Jihad as the best route to establish a worldwide caliphate based on medieval religious purity are a minority, but a dangerous one.

It has been estimated that Salafi jihadists account for less than 1% of the world’s Muslim population. However, that means that there are 10 million of these jihadists in the world.

Salafism is widely considered the fastest growing movement in modern Islam, and the proliferation of Salafist mosques has caused concern in Europe, particularly in Germany, where security services have been keen to highlight the links between Salafism and terrorism.

In the Netherlands, the situation is much the same. The security service AIVD stated in a report that while Salafist preachers have mostly operated within the boundaries of Dutch law, they have frequently promoted intolerance and ‘undemocratic activities’.

These ‘undemocratic activities’ range from attacking supporters of the ‘Je Suis Charlie’ campaign on social media, to encouraging young followers to use violence against the state and against people of different beliefs.

‘These are not isolated incidents, but reflections of more widely held sentiments,’ the report said.

No ban in the Netherlands

It is against this background that the Dutch parliament passed a motion calling on the cabinet to look into banning Salafist organisations in the Netherlands. At the time this motion was heavily criticised by Jozias Van Aartsen, mayor of The Hague.

Van Aartsen preferred co-operation with his city’s Salafists, who worship at several mosques in the city, stating that ‘we do not judge people on their thoughts or ideas.’

This is the same Van Aartsen who saw ‘nothing wrong’ with protestors in The Hague waving ISIS flags and chanting ‘death to Jews’.

Dutch law clearly states: ‘He who in public, either verbally or in writing or image, incites hatred or discrimination against people or incites acts of violence towards people or property of people because of their race, their religion or beliefs…shall be punished with imprisonment not exceeding one year or a fine of the third category.’

Despite this, there were no arrests made or punishments handed out.

And despite the AIVD’s report stating that Salafist preachers frequently break this hate speech law, minister for social affairs Lodewijk Asscher announced on Friday that the Dutch government will not ban Salafist organisations, saying such a ban would conflict with the individual right to freedom of religion in the Netherlands.

Asscher did, however, recognise that Salafism provides a ‘breeding ground for radicalisation’, but claimed that current laws already provide enough options for tackling the problem.

The same hate speech law mentioned above effectively makes Holocaust denial and public support of Nazism illegal in the Netherlands.

But before controversial Holocaust-denying historian David Irving even opened his mouth in the Netherlands, he found his hotel reservation in The Hague cancelled last week, due to pressure from the city council.

The same mayor Van Aartsen who saw nothing wrong with ‘death to Jews’ chants, this time told anti-Semitism watchdog group CIDI that he would intervene to ban Irving from The Hague.

Irving has been banned before from giving lectures in Amsterdam, but the council of The Hague could not legally ban Irving from coming to the city. Instead they could only encourage hotels and halls in the city not to give him a platform from which to speak.

Irving’s proposed lecture, entitled ‘Hitler, Himmler and the Homosexuals’, was due to be a private affair, where members could only bring ‘friends you can vouch for’.

Irving may have more friends at his next speech. A side effect of the government and media hand-wringing over Irving’s speech was a sudden spike of interest in Irving and his writing.

Comment fields in news articles were full of curious parties. ‘Never heard of him before, but now interested to know what he has to say,’ read one such comment on DutchNews.nl.

According to Google trends, search interest in David Irving in the Netherlands is at an all-time high. In just one week, Dutch people searched for ‘David Irving’ over 100 times more than at any point over the last decade.

Another group occupying the grey area between free speech and criminal speech in the Netherlands are the pick-up artists (PUAs).

Pick-up artists – dating coaches for socially awkward men – shot to prominence in the early 2000s after the publication of The Game by American journalist-turned-pick-up artist Neil Strauss.

Relatively innocent sounding fun, but some of these PUAs’ methods have caused controversy. Following a petition, PUA Julien Blanc was banned from entering Britain in late 2014. He was accused of misogyny and promoting sexual assault.

The accusations were based on videos that showed Blanc forcing himself on women in Japan, and based on the ‘treat them like trash’ method he preached in his seminars. Blanc’s extreme methods are a symptom of self-styled pick-up ‘gurus’ flooding the market in recent years. To stand out, the PUAs must constantly outdo each other.

The ‘Most hated man in the world’ wasn’t planning on coming to Amsterdam himself around that time. Instead, PUA Todd Valentine was to give a lecture in the city. Valentine also works with Blanc’s company, Real Social Dynamics.

A petition signed by almost 25,000 people called on the justice minister to refuse entry to the Netherlands to anyone associated with Real Social Dynamics, and called on the mayor of Amsterdam to pressure hotels and meeting facilities into refusing Valentine.

Of course, free speech law meant that local and national government couldn’t issue an outright ban. However, much like the Irving situation in The Hague, they instead issued a ‘moral appeal’ to hotels and conference centres.

The ‘moral appeal’ seems to be the weapon of choice of the Labour party (PvdA), which Amsterdam’s mayor Eberhard van der Laan and The Hague’s mayor Jozias van Aartsen both belong to.

And it worked. Amid the controversy, Real Social Dynamics cancelled their event, deciding to wait until the ‘storm of criticism’ died down.

Freedom of speech faces many challenges, and every time a group of ‘undesirables’ preaches an unpopular message, people are quick to call for them to be silenced.

Stuck between an inability to actually do this, and a desire to please the public, the government here frequently has to opt for half measures and walk the middle ground. It’s a difficult double-bind situation, and one that ensures these problems won’t go away any time soon.

And in a way, it’s typical of modern Dutch ‘tolerance’. On the outside the Netherlands is a society that respects and values free speech. But there are many within who see this as a hindrance, and who for many different reasons would rather that things weren’t so complicated.

Graham Dockery is a master’s journalism student at Groningen University