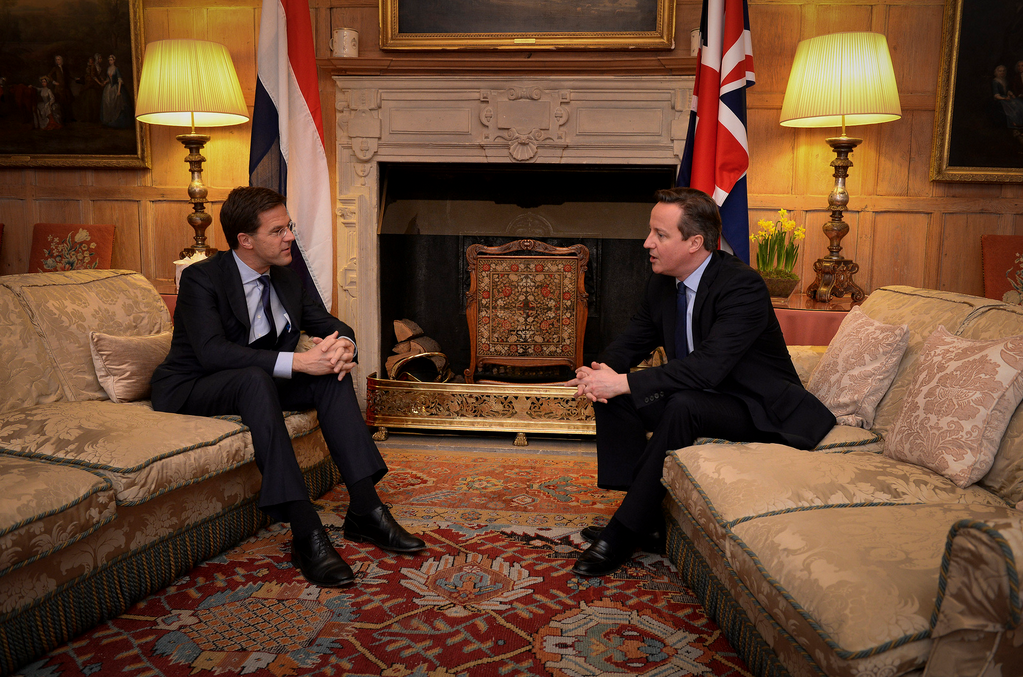 The British may be troublesome moaners but it’s better to have them aboard in Europe, writes Peter van Ham, a senior research fellow at the Clingendael institute of international relations.

‘Let the Brits have their Brexit, for goodness sake! At least we won’t have to listen to their endless moaning anymore.’ It’s a sentiment that’s becoming increasingly common, and for good reason. Britain has always been the odd one out, with its own ideas about what the EU should look like and where it should be heading.

But if the British should decide to hand in their EU membership on June 23, the Netherlands will lose an important ally and this country will become wholly dependent on the joint decisions made by Germany and France. A Brexit would upset the precarious balance of power within the EU and that will put pressure on the EU democracy.

The three biggest EU member states – Germany, France and Britain – are in charge: any important initiative or project is suggested by this triumvirate and is then adopted as official EU policy with a majority of votes.

The only reason why the rest of the EU goes a long with this is that the Big Three are seldom in agreement. One of the three will always block decisions on any given important economic and political issue and that gives the other member states an opportunity for taking sides and influencing EU decisions through tactful coalitions. EU membership for Turkey? Germany and Britain are (usually) in favour; France against.

A strong political Union? Germany and France are in favour; Great Britain against. France and Britain are former colonial powers with a permanent seat in the UN Security Council and have a completely different world view compared to Germany, a nation still struggling with post-war guilt.

It is not only about conflicting interests, then, but about different political traditions. Germany opts for the Rhineland model (which resembles our polder model); France remains centralist and leans towards protectionism while Britain is staunchly neo-liberal.

This balance constitutes the informal Trias Politica in the EU and that makes it more important than the official division of power between the European Commission, the council and parliament.

The structural lack of agreement between the Big Three is often seen as the EU’s main stumbling block: decisions take a great deal of time and the resulting compromises are inevitably neither fish nor fowl. It’s a familiar and justifiable beef but it doesn’t take into account the fact that without the conflicts between the Big Three other member states would hardly get a look-in when it comes to influencing the EU decision-making process.

If Berlin, Paris and London agreed on everything between them that would be it: the rest of the EU would be looking at a fait accompli. The French-German dominance of the Eurozone has been playing havoc with the balance between the Big Three in the last few years. Crucial decisions about the future of the EU have been predetermined by Germany and France, often on the pre-text that this is in the interest of the euro, thereby side-lining Britain. In the past months EU leaders have tried to allocate a clearly defined role to Britain in the German-French dominated Eurozone. The fact that they failed has now led to the British in-or-out referendum in June.

A British opt-out will deliver a heavy blow to the EU democracy, which is already teetering on the brink. Without Britain the EU will lose an important advocate for interests and values which are crucial to the Netherlands as well, such a free trade and transatlantic cooperation.

The idea that a Brexit will rid the EU of a moaning troublemaker is naïve and dangerously short-sighted. Perhaps the EU will be able to speed up policy making on some issues. Smaller member states can support either Germany or France but that’s as far as it goes. For member states with different interests and traditions (which includes the Netherlands) a possible absence of Britain would mean a painful curtailment of diplomatic possibilities and, in the end, a blow to our democracy.

The popular sentiment that ‘Brussels’ decides and that smaller member states are losing their say in the EU will further encourage euro scepticism. Without Britain the democratic balance will be lost and this may put the very existence of the EU in doubt.

Not that the average British voter will care two hoots about that. But a Brexit does pose a dilemma for the Netherlands. The alternative for a EU dominated by Germany and France would be a Federal States of Europe in which smaller countries would play a clearly defined role based on a division of powers between the EU, the member states and the regions. You can be for or against such a system but it is at least one on which the Dutch population should be able to pronounce an opinion.