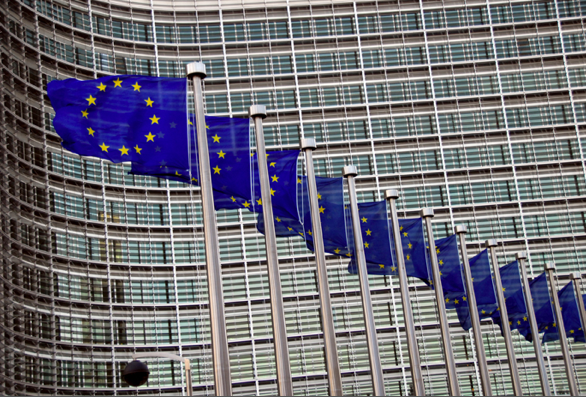 Ukraine and Brussels are busy implementing their treaty of association, even though it has not been fully ratified. The Dutch referendum on the treaty is being sidelined, write campaigners Thierry Baudet and Erik De Vlieger.

We are frankly astonished at just how the European Union is ignoring the upcoming referendum in the Netherlands. Never before has there been such a massive reaction against a proposed expansion of the European Union: nearly half a million people in the Netherlands supported the GeenPeil coalition of concerned citizens, websites and think tanks. And never before has it been swept under the carpet so brazenly.  At this moment the polls show that some 75% of voters would vote ‘no’.

The commission simply issued a statement to the press on December 31 saying the entire association treaty would become operational from January 1. ‘On 1 January 2016, the European Union (EU) and Ukraine started applying the Deep and Comprehensive Free Trade Area (..) the rest of the Association Agreement has already been in force since November 2014.’

When he visited the Netherlands he claimed – at a joint press conference with Rutte: ‘The referendum won’t block this association treaty.’ The Dutch prime minister refrained from comment.

Only the fact that GeenPeil gathered enough signatures to initiate a referendum effectively stopped the Netherlands from ratifying the treaty.

We, the citizens of one of the oldest democracies in the world, have still to approve the agreement. Foreign minister Bert Koenders said it himself in October 2015 in his reply to a number of parliamentary questions. He added: ‘The treaty can only become operational if all parties ratify the it.’

Meanwhile, the government is blithely adopting the treaty. Agreed, the referendum is consultative and therefore non-binding. Nevertheless, the letter and spirit of the referendum law suggest that a possible negative outcome must be given serious consideration by the Dutch state. The government has manoeuvred itself into a position in which it is unable to do so. So suppose it’s a ‘no’ vote – could the Netherlands still opt out?

This policy flouts every democratic principle. It flouts common sense. And it flouts the consultative referendum law which also states that no law can become operational while a referendum about it is being held.

The fact that the European train is thundering on regardless clearly shows that the institutions in Brussels regard their democratic roots as museum pieces – or worse still, as mere decoration.

The final say in the European decision-making process hasn’t belonged to the citizens for a long time. The consultation of the people is becoming a farce, a democratic shadow play, just for show. We think that is wrong.

That is why we demand the Dutch state:

1 Stop the implementation of the association accord as of now until the Dutch citizens have voted.

2 Explain, in its capacity as EU president, to the EU and Ukraine that the Netherlands has not ratified the treaty – in spite of what Poroshenko says.

3 Formally request the EU and Ukraine to halt the implementation of the association accord out of respect for the Dutch democracy until the results of the April 6 referendum are in.

4 Outline all legal and political possibilities in case the people vote ‘no’ and parliament asks the government to respect the vote;

If the Dutch government does not respond satisfactorily to these demands we will initiate summary proceedings to subpoena the Dutch state and use the legal route to make sure the democratic rights of Dutch citizens are respected.

Thierry Baudet is a writer and Erik de Vlieger an entrepreneur. Both were involved in the initiative to call a referendum about Dutch support for the treaty between the EU and Ukraine. This column was first published in the Volkskrant.