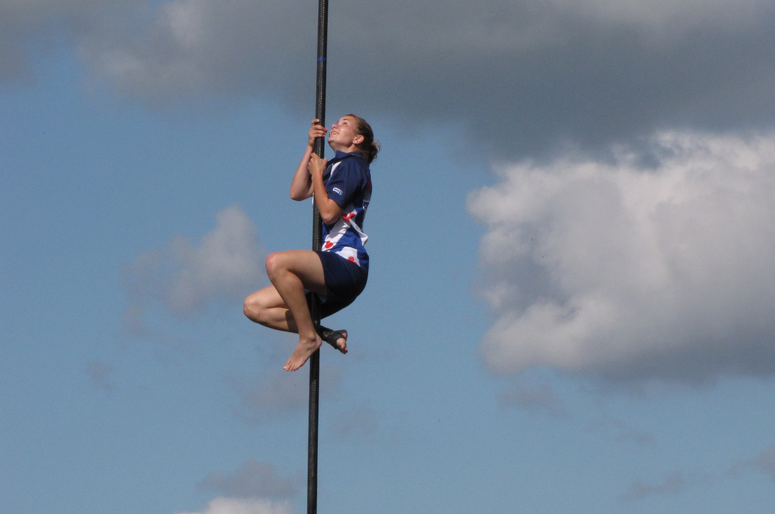 If you are out and about in the Netherlands this summer, you may come across some of these very Dutch activities. Yes, the Dutch may be fabulous at football, hockey and speedskating, but they’ve got some pretty odd sports of their own. Here’s a list compiled by Netherlands by Numbers.

1 Paalzitten
It’s what it says – pole sitting. A lot of people, each sitting on his or her individual pole. The person who stays on the longest wins. The poles are erected in water so the person falling off doesn’t get hurt. It is presumed that pole sitting originated in Friesland where the Frisians tried to stave off the boredom of long winters by inventing sports to do with poles, like fierljeppen and pole sitting. The sport became nearly extinct, presumably because sitting on top of a pole did not stave off boredom. It has now made a come-back as a tourist attraction but is not a spectator sport.

2 Korfbal
Two teams of eight trying to get a ball into the opponent’s korf or basket. The game was invented by a Dutch primary school teacher in 1902 and remains one of the very few mixed gender sports – with four men and four women per team. The korfball world championship is held every four years. The Dutch national team have consistently won the title since the championship was established in 1978, only losing to Belgium in 1991. This is because korfball is only seriously played in the Netherlands and Belgium – plus a few other places.

3. Klootschieten
It’s throwing a leaded ball as far as it will go. Two teams have to make their way across a field or a paved area in the shortest number of throws possible. Klootschieten is popular in Overijssel, Drenthe and part of Gelderland and elicits childish sniggers in the remaining provinces because ‘kloot’ (the leaded ball) also means ‘testicle’.

4 Fierljeppen (called ‘bongelwuppen’ in Groningen)
Fierljeppen is Frisian for vaulting over a ditch using a long pole and people who live in waterlogged provinces are very good at it. Contrary to pole sitting contestants, vaulters are likely to end up in the water much more frequently and consequently are much more fun to watch. 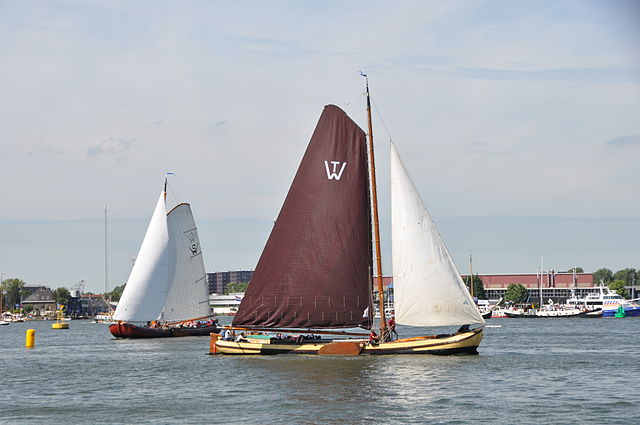 5 Skûtsjesilen
Another Frisian speciality. It’s a sailing competition using skûtsjes, or traditional Frisian sailing boats formerly used to carry freight. The official competition only allows entry to skippers from sailing families whose boats represent a certain town or village, which prompted those who got their hands on a skûtsje any old how to organise their own championships. This is a good thing because it allows you to see more of these beautiful boats in action.

6 Kaatsen
This form of handball dates from the Middle Ages. Again it’s the Frisians who played it most and it remains their number one sport. It is related to other sports, like fives or American handball, in which the bare hand is used in lieu of a racquet. This still holds true for the person who serves the ball; the other players are allowed to wear a leather glove. The game is played with two teams and scored in a similar way to tennis. Kaatsen is not unique to the Netherlands: some form of this game is being played in over 50 countries and regions.