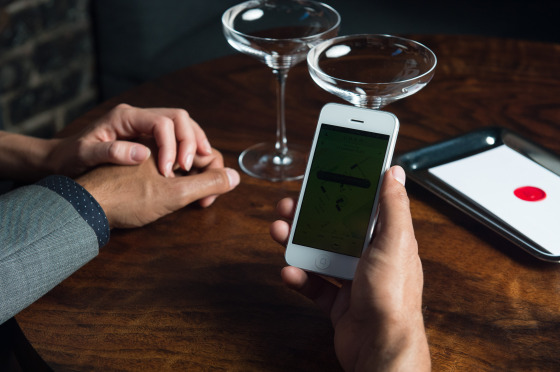 We shouldn’t hail Uber as a model of innovative entrepreneurship. WalMart should be a warning to us all, writes Daan Brouwer.

There are quite a few politicians and economists who are in favour of total entrepreneurial freedom for businesses, investors and speculators. Eager to point out the pros, any harmful long-term cons this might have for a majority of citizens are overlooked.

Advocates are outnumbering objectors, that much is clear from the current trend towards low wages, the scrapping of rules and regulations, the paring down of redundancy rights, the side-lining of unions and the holes that are appearing in the social safety net for the unemployed, the sick and others who, for some reason or another, depend on benefits.

All this is primarily in aid of allowing these companies, and their exceedingly rich owners, to pay fewer taxes.

‘Businesses’ like Uber fit this bill perfectly. Uber uses cheap fare prices to tempt the public into using their taxis. Bona fide taxi drivers are the first to suffer but ultimately the great majority of people will be seriously affected by the consequences of such a development too.

Low cost companies such as Lidl, cheap mail order companies and Uber will have the same effect on Dutch society as supermarket chain WalMart in the United States. The disastrous effects of this commercial giant’s success not only on the economy but society as a whole have been eloquently painted by Clinton’s Labour minister Robert B. Reich in his bestselling Supercapitalism.

The company, exploiting unemployment and the powerlessness of workers to the full, pays absurdly low wages. It forces suppliers into selling at such low prices that they, too, lower wages or move production to low wage countries. Competing supermarkets are left with no other choice than to follow suit. Inner cities are depleted because one by one traditional shops are forced to close their doors.

WalMart is now the single biggest cause of the outrageous inequality between rich and poor in the United States. The Walton family, who own WalMart, are worth 152 billion dollars and the richest in the world by far.

Businesses like WalMart and Uber are seducing people as consumers but screwing them as workers, self-employed people and citizens. Uber is portraying itself as hip and innovative but look closer and you’ll see a handful of American investors making bucket loads of money on one side and a lot of desperate would-be taxi drivers struggling to make a few euros on the other. It’s the sort of shabby set-up you might expect in Albania or Bulgaria, but not here.

Is this the kind of innovation we need in the Netherlands? Self-proclaimed experts can spout nonsense about ‘the new economy’ and ‘the dynamic internet society’ as much as they like, but the fact is that Uber and its like will pull down society and make paupers of most of us.

Daan Brouwer is author of ‘Waarom de mensen balen van de politiek’ (Why people are fed up with politics).