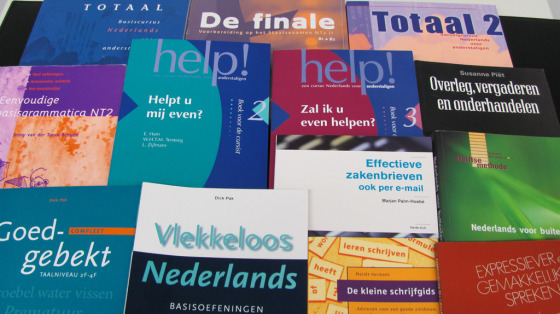 Learning Dutch but bogged down in the grammar? Or are you a complete failure at the difference between de and het? Never fear, help is at hand. Here are six essential but untranslatable words and one gesture to help you sound like a native.


Gezellig
A gezel was an apprentice in medieval times and we still use the word levensgezel for someone who accompanies you on the journey of life, in other words your better half.

Conviviality, the Dickensian kind, comes close with its emphasis on having a jolly time in the company of friends. No one would say how convivial, however, the way the Dutch say Hè gezellig. It also denotes a degree of intimacy, so a gathering at home or around a restaurant table would be labelled gezellig in a way a gathering at a discotheque or a football match would not.

Hè hè
Depending on how you say it expresses relief at a job well done or the end to something strenuous, like an afternoon’s shopping. You sit down, take your shoes off and utter a heartfelt hè hè. If someone says (Ja) hè hè in an irritated tone it means you are stating the obvious.

Ja, ja
Means yes, yes but actually denotes disbelief. Pull the other one.

Gedogen
Turning a blind eye, tacitly allowing something. The Netherlands has a drugs gedoog policy. The possession of more than five grammes of hashish or marihuana is illegal but the authorities choose not to prosecute even though they know what you’ve got in your pocket.

The concept of gedogen has a long history in the Netherlands. The Calvinists of the Dutch Republic did not allow the Catholics, or any other faiths, to worship publicly but turned a blind eye to the celebration of mass in schuilkerken or hidden churches.  Ons’ Lieve Heer op Solder (Our Lord in the Attic) in Amsterdam is an example of a hidden church. It is now a museum.

The most recent but much less profitable example of gedogen is the so-called gedoogkabinet from 2010 to 2012, a minority cabinet made up of the right-wing liberal party VVD and the Christian Democrats, supported by the anti-immigrant party PVV. The PVV did not form part of the government but could effectively block or condone any decision it made. The fact that everyone who is not Dutch failed to understand the set-up is proof of how difficult a concept gedogen is.

That weird gesture
The Dutch also have a gesture that is uniquely theirs. Place your hand next to your cheek as if you were going to slap it. Make a waving motion and pull a happy face. You are now saying that what you have in your bulging cheeks is very tasty indeed, or lekker.

Lekker
Tasty, but not just used for food. Someone can have een lekker kontje or a nice butt, and calling someone a lekker ding means you would enjoy some, let us say, good conversation with him or her. Ga lekker zitten means make yourself nice and comfortable. Lekker puh is said by a child who has put one over on a another child: so there. Trendy people use lekker in a slightly different and extremely irritating way: Extreme sporten? Dat vind ik wel lekker (extreme sports? Like it).

Beleg
Sandwich fillings doesn’t cover it because a boterham, or a single slice of bread, is not strictly speaking a sandwich and can’t be filled unless you fold it in half. ‘The stuff you put on a slice of bread’ is the nearest thing. Beleg is an essential part of Dutch lunch and can mean anything, from chicken curry mush to slices of ham and the dreaded smeerkaas.

This article was first published on website Netherlands by Numbers.