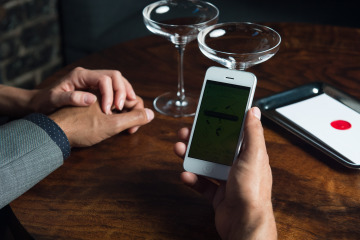 Uberpop is only doing what others have failed to do: promote competition, improve quality and lower prices, writes Dutch Uber general manager Niek van Leeuwen.

The Dutch transport Inspectorate (ILT) thinks new private driver service Uberpop contravenes the law governing the transport of persons (WP2000). Uber disagrees. Not only does it disagree, it maintains that Uberpop is the only organisation which actually fulfils the main goals set out in WP2000.

These include ‘strengthening the role of the taxi in the traffic and transport policy by increasing its use’, ‘stimulating the market and promoting competition within the taxi sector in order to improve quality an lower prices’.

Fourteen years after the document was drafted, everyone agrees that these goals have not been met: the number of taxis doubled, prices went up by 25% and the number of customers went down.

The success of Uber has everything to do with innovation and technological developments. In the year WP 2000 became operational there was no Dutch version of Facebook, no iPhone and even Facebook hadn’t been invented yet.

These innovations helped Uber to do what others failed to do: stimulate market forces, improve quality and lower prices.

The story of Uber began over four years ago when American entrepreneurs Travis Kalanick and Garret Camp tried to get a taxi after attending a technology congress in Paris. Back home in America they developed an innovative app which enabled people to order a taxi with one push of a button.

It was an easy, cheap and safe way of bringing together supply and demand. The rest is history. Uber is now operational in over two hundred cities around the world, including Amsterdam, Rotterdam and The Hague.

On July 30 Uberpop was introduced in the Netherlands by means of a pilot project in Amsterdam. We selected a group of people who used the Uber app to book a safe and affordable ride with a private car owner. Every Uber driver is screened and has to hand over an official certificate of good conduct (VOG).

Every ride is completely covered by a supplementary commercial car insurance. A unique rating system guarantees the quality of the driver’s driving skills.

According to a pole by management consulting firm Accenture both customers and drivers are extremely positive about the service. Over 80% of customers are enthusiastic about price, travel time, ease and safety. 87% of clients and 97% of drivers think the Uber system for rating drivers is a good way of guaranteeing quality without government interference.

A wide-spread use of Uberpop in the big cities could even become a safe and cheap alternative to car ownership. Accenture found that 5% of clients would give up their car if Uberpop were to be available 24/7.

42% say they would use both their cars and Uberpop. This means Uberpop could fulfil a prominent role in the transport policy as described in WP2000. It would also fit in with a broader vision in which a more effective use of private cars can have a positive impact on bottle necks, pollution, pressure on public space and energy use.

And this is why Uberpop does not contravene WP2000, far from it. Uberpop is the first organsiation to fulfil the goals originally set out in WP2000. Now that WP2000 will be evaluated soon we hope that the government will embrace the new opportunities offered by Uberpop so that the goals of WP2000 – stimulating the market and offering better quality and lower prices – will finally be achieved.