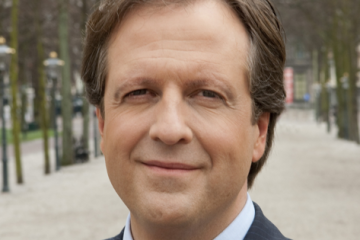 When queen Juliana visited a school in The Hague on the occasion of the centennial of the vocational education association those present noted she arrived in a smaller car than was her wont.

I was reminded of this when, on a number of occasions this summer, the present king hit the headlines because of the costs incurred by the state as a result of several royal expenditures.

Eyebrows were raised at the amount of money spent on a security gate around the king’s Greek holiday home and a jetty to moor the royal yacht.

A number of parties, among which my own, were surprised at the tens of millions of euros budgeted for the refurbishment of Huis ten Bosch palace, the renovation of Noordeinde palace and the erection of some temporary offices in the grounds of royal residence the Eikenhorst, a few kilometres from Noordeinde.

This year marks the 200th anniversary of the Dutch kingdom, a time of reflection on both past and future. What has changed and what needs to change? How do we prevent the head of state from becoming vulnerable in an increasingly open society?

In a parliamentary democracy such as ours the prime minister is responsible and accountable for the actions of the king. His ministerial responsibility is to protect the head of state, not an easy thing in this day and age. Society demands ever more transparency and accountability. This could clash with the – understandable – wish of the royals to shield their privacy from prying eyes.

It’s up to the prime minister to strike a balance. The king has an important function as head of state. He prepares the way for companies abroad. He is a symbol of national unity at times of great tragedy, as we have seen with flight MH17, and times of great joy. At these moments the king personifies the unity of the nation. And the money spent on those occasions is money well spent.

The question that we have to answer now is how damaging the prime minister’s forced and careful reactions on less than positive royal news are to the king’s important symbolic role.

Why should a Greek villa be a ‘private matter’ when the state is responsible for its security and maintenance? Why talk of ‘coastal works’ when what is being built is a jetty for the king’s speedboat? How can the refurbishment of princess Beatrix’ The Hague residence cost €900,000 one minute and then shoot up to €3.7 million the next?

Does the statement of the cabinet that the Huis ten Bosch palace needed to be renovated because of ‘extremely out of date technical installations, necessary improvements to security and the presence of wood rot and asbestos’ mean that our former head of state was subject to a lack of security and at great risk of damaging her health? I should hope not. And why should the people, including MPs, hear of this from the media rather than a cabinet spokesperson?

Surely some financial reticence would be in order, especially in times like this.

At times when people are worried about their jobs and income, high government spending on palaces and holiday houses raises perfectly understandable questions. Does the prime minister think such costs are really necessary? Wasn’t it prime minister Rutte who praised the ‘Dutch tradition of frugality’?

This summer I visited the renovated Silver Museum in Schoonhoven. Princess Beatrix opened an exhibition there of silver gifts given to the monarchy over the centuries. It’s not only an art historical journey but also one that marks a changing mentality. In the course of time sumptuous extravagance makes way for soberness.

The present king is a different monarch compared to his grandmother forty years ago. But whoever sits on the throne, it is always the prime minister’s role to protect him or her. Former VVD minister Gerrit Zalm already made the costs incurred by the royal household more transparent by separating the king’s public and private spending.

Maybe his fellow VVD member Rutte could take the next step. Stop spreading the costs over different budgets. Be constructive when it comes to informing parliament. Don’t hold back information. Communicate openly and stop using woolly language.

The monarchy is an important symbol in this country. High costs and little transparency are making it vulnerable. A future-proof monarch is royal when needed and frugal when possible. Rutte will have the last word at this week’s general budget meeting.

Alexander Pechtold is the leader of Liberal Democratic party D66


This article appeared earlier in the Volkskrant