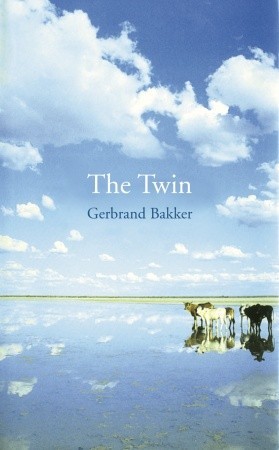 Is The Twin about a man caring (poorly) for his dying father while dreaming of another life in Denmark? Or about a man constrained by the responsibilities of family and rural life? Or is it about a man who really likes donkeys?

Dutch writer Gerbrand Bakker’s debut novel The Twin (Boven is het stil in Dutch) is about all of those things. Published in Dutch in 2006 and in English in 2008, it won the €100,000 International Dublin Literary Award, one of the most lucrative awards for English-language literature.

Bakker, a gardener and skating instructor by profession, was on holiday in Corsica when he was inspired to write a novel about a man who mistreats his ailing father. He began to write at random and the eventual work follows a Dutch farmer named Helmer, whose twin brother Henk dies in an accident, forcing Helmer to take remain on the family farm.

The novel opens with Helmer’s father, who always preferred his brother, moving into a spare bedroom. His advanced age has left him with reduced mobility and Helmer offers the older man little sympathy, treating him with the same disdain his father had for Helmer throughout his life. The dynamic in the home is shaken up when Henk’s previous girlfriend, who played a role in his accidental death, writes to Helmer, asking him to take in her wayward teenage son. The pair haven’t spoken in decades.

Helmer dreams of Denmark and another life, his melancholy is reflected by the flat, dull landscape of the Dutch countryside. Bakker’s description of the vast Dutch sky and the monotonous scenery is one of the highlights of the book. Though Helmer can (and does in his youth) cycle from the family farm to Amsterdam, he feels isolated on the farm with only his father and his donkeys.

Over the course of the novel, Bakker slowly reveals more about Helmer’s past and his character. It feels to the reader akin to, how one would imagine, getting to know a man like Helmer would be. Important pieces of information are revealed bit by bit, not out of intentional deception, but his own inability (or refusal) to understand himself.

Many Dutch classics may not feel very Dutch to the reader, but The Twin does an excellent job reflecting parts of Dutch society and life foreigners who live in the Netherlands have come to be familiar with. Dutch society has a strong sense of family unity, the Dutch can be very slow to reveal themselves to others and the countryside is very flat and grey, which can be both reflected stunningly in Golden Age landscape paintings and desolately as in Bakker’s The Twin.

When asked by the Guardian what he would do with the prize money, Bakker said he wanted to buy a horse. ‘In Holland we’ve got these huge grey horses which are very sweet and I would like to own one,’ he said.

Australian translator David Colmer translated the work into English. He’s worked on more than 60 Dutch language translations in his career and shared €25,000 of the prize.

You can buy The Twin from the American Book Center.