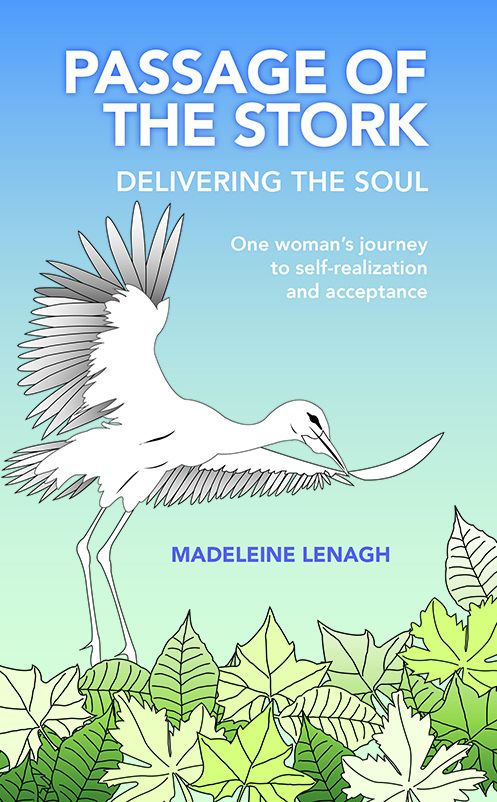 Born in the United States, Madeleine Lenagh’s early childhood years were that of an expat child living in Europe. At the age of five, Madeleine and her family returned home and settled in Connecticut, where Madeleine faced tumultuous time as she matured towards adulthood.

Rebelling against her mother’s interference in her love life, Madeleine set out to travel Europe alone. By the time she arrived in the Netherlands in 1970 her savings had dried up and she needed to make a decision that would have long-term implications for her future. Madeleine accepted a job as an au pair for a Dutch family and cashed in her return airline ticket to buy winter clothes. So began her life in the land of cheese and tulips that has endured over four decades.

Passage of the Stork is Madeleine’s story. Her memoir is an honest account of a woman who has faced personal struggles with strength and determination in an adopted homeland. Always seeking the truth, especially about her self, she faces struggles familiar to many expat women as they tackle relationships, parenthood and careers in the Netherlands.

Many women who have been lured by love to the Netherlands will relate to the experiences detailed in the book. For others it will be inspiring to read about Madeleine’s career development, the opportunities and her resultant independence made possible because she fully immersed herself in causes and projects that she believed in.

As a book, Passage of the Stork is a narrative sewn together with a thread of Nordic mythology providing a commentary of events, much like that of a Greek chorus in a classical drama. My initial doubts about including mermaids in a personal memoir subsided quickly as it became apparent that they provided parallel explanations of significant developments, especially on a psychological level.

The book is about the process of unraveling your past to discovering your true self. For Madeleine this meant a long battle to uncover the secrets hidden in her family. These secrets held the key to explaining who she was as an adult and the reasons for the choices she made throughout her life. From this point, she gained self-acceptance, wrote her memoir, and is now moving on to a new chapter of her life.