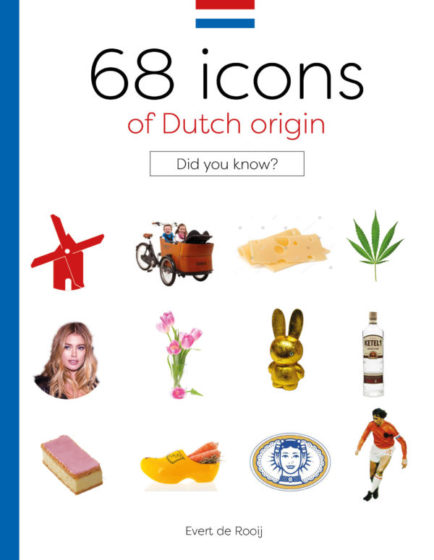 The intro to this selection of random things which can be considered typically Dutch explains why author Evert de Rooij opted for the figure 68 – it was in 1568 that the melody which became the Dutch national anthem was first sung to ridicule the failed Siege of Chartres.

Stranger inclusions include a fawning item on queen Maxima and the Alkmaar cheese market tourist trap and as well as the torentje – the nickname for the prime minister’s office.

Of course you can always dispute what should be included in lists of this sort, and for newcomers, the book provides a decent amount of facts and trivia. If you have been in the Netherlands for some time, however, there is little to surprise – although the sections on Daf cars, bike maker Gazelle and the Viking ice skate company are interesting enough.

That being said, the layout in some sections, with text placed over (largely stock) photographs, is hard to read. The translation is also pretty wooden in places and could have done with a good edit. In all, if you want a quick whizz through typical Dutchness, there are better books out there.