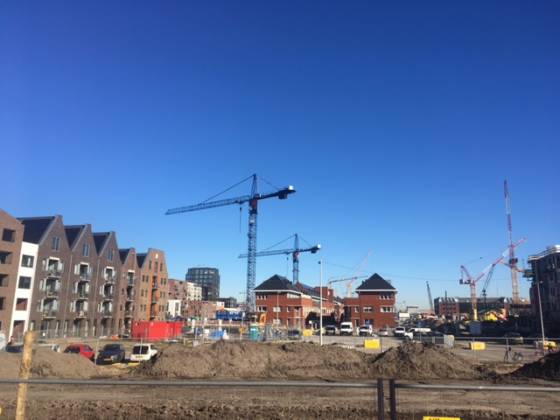 Housing minister Hugo de Jonge has published plans to make it quicker to build new housing, partly by limiting the right of appeal against new developments.

It currently takes an average of 10 years from the start of the process to completion but this can be speeded up by removing red tape and combining processes, De Jonge says.

In particular the minister plans to limit the right of appeal against a building project to one legal layer. At the moment, locals who object to the plans can go to court several times in their efforts to stop a development.

‘We want to break through the ‘not in my backyard’ sentiment,’ he said. ‘We owe it to everyone looking for a place to live to do everything in our power to speed up housing construction.’

This, the minister said, can cut the development process before construction starts by years.

In addition, the minister backs more standardization and prefabrication in the construction process. Much time is lost, he said, because each project has to follow a different set of rules and conditions.

De Jonge is giving local authorities an additional €90 million to bring in more staff to help speed up the process. The government aims to ensure 900,000 new homes are built by 2030 but so far the target is not being met.

Figures drawn up by real estate advisory group Capital Value show that some 25,000 properties at the planning stage are either being delayed or cancelled – around a third of the new homes realised in the average year.