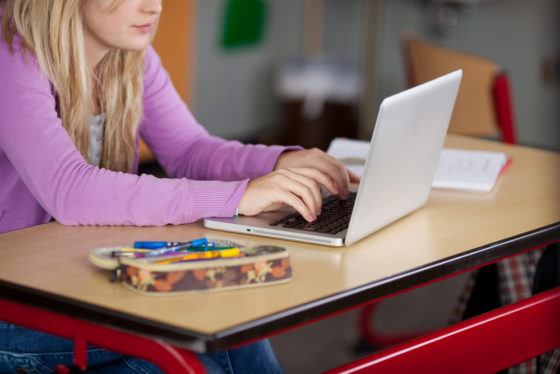 Most courses were online. Photo: Depositphotos.com

Over half the €180 million the government has spent so far on offering extra training and courses to boost people’s job prospects has gone to a limited number of providers, and many are of dubious worth, according to research by Follow the Money.

The news website used freedom of information requests to find out what type of courses were being funded by the STAP scheme and how much money the companies had made.

It found almost half the budget had gone to 20 companies, with big private educational groups NHA and LOI picking up €28 million and €20 million respectively.

But other funding went on courses of more doubtful value, such as training to become a ‘walking coach’, a drone pilot or an orthomolecular therapist, which is widely regarded as quackery.

‘A certain ‘Miss Bitcoin’ earned over €2 million from an online investment course while training institute Civas brought in over €4.9 million teaching people to become a gemstone therapist, to analyse children’s drawings and become walking coaches,’ the website said.

Everyone over the age of 18 is entitled to ask for up to €1,000 a year under the scheme to put towards a training course in order to boost their skills and access to the jobs market. Last year, 215,000 people took part in a STAP-funded programme.

The scheme is continuing in 2023 with a further €200 million but the start date has been postponed while ministers bring in new requirements for the courses to stop abuse.

RTL Nieuws reported last year, for example, that one course receiving government money was a two day ‘discover yourself’ trip to Amsterdam, Antwerp and Paris.

Ministers said they are also looking into the idea of focusing the budget on sectors and trades where there is a major shortage of staff, such as healthcare, education, IT and technical studies.

The next application round is due to open at the end of February.