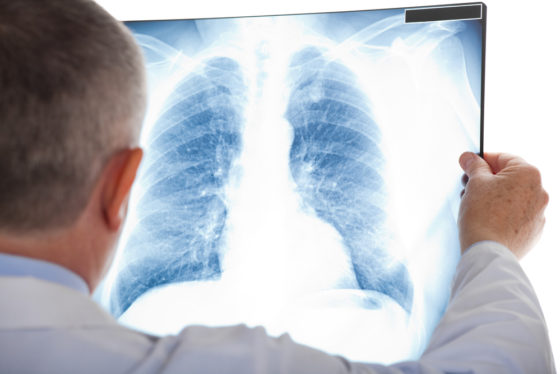 Smoking is associated with 80% of lung cancer cases. Photo: depositphotos.com

An atlas showing the distribution of the most common cancers in the Netherlands has found stark contrasts in risk levels between different regions and suburbs.

The interactive tool compiled by Integraal Kankercentrum Nederland (IKNL) aims to draw attention to the causes of 24 types of cancer and encourage policy makers to come up with effective solutions.

In other cases the incidence of cancer reflects the response to screening programmes. Cervical cancer is less common in the east of the country, where there is a higher take-up for cervical smears.

Valery Lemmens, who as researcher and member of the board of directors at IKNL came up with the idea of the atlas, said:’ This makes clear that environmental factors play an important role in this disease.

‘In an environment where smoking is normal it’s also difficult for people to stop being addicted. They reach for a cigarette to relax and as a result they live less healthy lives.’

Skin cancers are more common in coastal areas because people are more likely to go to the beach in summer, exposing themselves to UV rays, Lemmens said.

‘The best thing would be if people in these areas become more aware, thanks to our atlas, of the effects of UV radiation. So use more sunscreen, put a hat on and seek the shade more often when you go to the beach.’

The atlas also spotlights opportunities to do more research, such as why one type of skin cancer – melanoma – is more common in Noord-Holland province, while another – squamous cell carcinoma – is dominant in Zuid-Holland and Zeeland.

Lemmers said the purpose of the atlas was to improve people’s understanding of the causes and risks associated with cancer. ‘We’re trying to give it a perspective. I think people have the right to this kind of data,’ he said.