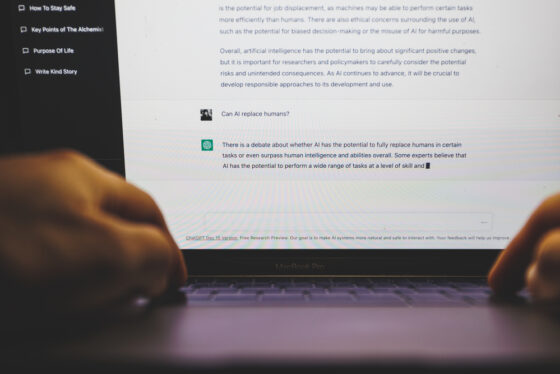 School pupils and university students in the Netherlands are increasingly turning to artificial intelligence aids to help them with their homework and essay writing, according to research by broadcaster NOS and news website Nu.nl.

NOS reported earlier this week that hundreds of school pupils are using ChatGPT to write articles and do homework on their behalf. The software, released for testing by Open AI in November, uses artificial intelligence to answer questions but can also be used to write essays and proposals.

In total, some 250 people told NOS about their experiences with the system. ‘I use it to do my homework quickly,’ one third year pupil said. ‘You are often asked to write something in your own words, and no teacher is going to check exactly what my own words are.’

‘Almost all the students I have asked have already used ChatGPT,’ Rajiv Girwar, a lecturer at Rotterdam’s hbo college, told Nu.nl.

The education system, he said, is not prepared for the use of A1 and is now being forced to adapt, even though it will take a generation to make the change.

Secondary school groups and associations told Nu.nl they did not have a good overview of the situation, although they had received some reports of the system being abused.

‘How often it happens is hard to say because it is still too new,’ a spokesman from secondary school association VO-raad told the website.

‘There is a lot of focus on abusing ChatGPT at the moment, said Groningen University professor Jan Riezebos. ‘But if you have to write something in an environment without internet, then students who always use a chatbot are going to get found out.’

He too believes that AI will change the shape of education. ‘Not just to stop pupils using it, but to teach them to work with artificial intelligence,’ he said.

Have you used ChatGPT in your school or university work or come across your students using it? We’d like to talk to you, in complete confidence, for a feature. Please contact editor@dutchnews.nl