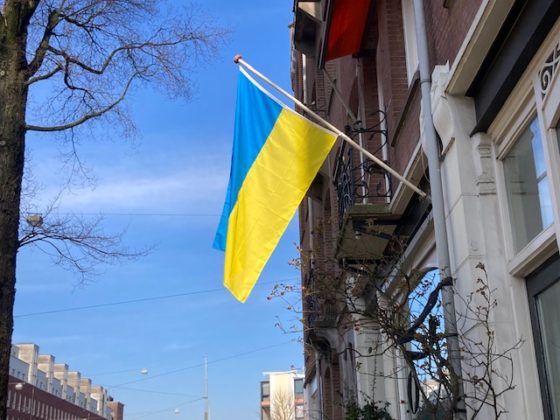 A Ukrainian flag hangs on an Amsterdam street. Photo: DutchNews.nl

The Ukrainian embassy in The Hague, as well as Ukraine’s embassies in Hungary, Poland, Croatia and Italy, have been sent parcels containing blood and animal eyes, the Ukrainian foreign affairs ministry said on Friday.

Consulates in Naples, Krakow and Brno in the Czech Republic have also been targeted, the ministry said.

‘The parcels were drenched in a liquid of a certain colour and smell, spokesman Oleg Nikolenko said. Officials are now looking into the meaning of the threat, he said.

Extra security measures have now been taken outside The Hague embassy.