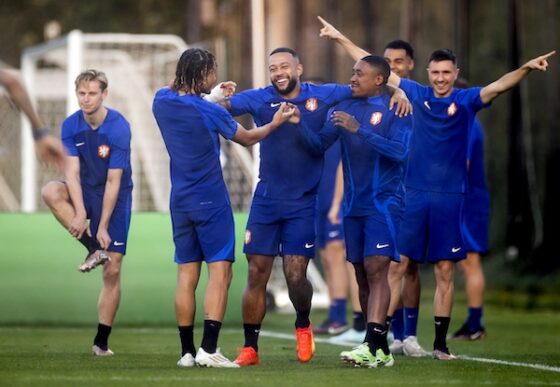 Oranje players in their final training session before the US game. Photo: Koen van Weel ANP

The Netherlands will not send any more government officials to the World Cup in Qatar unless it is politically expedient to do so, or if Oranje reach the final, prime minister Mark Rutte told reporters on Friday.

Earlier on Friday it emerged that no Dutch minister will attend Saturday’s round of 16 match against the US.

If the opponent sends a political delegation, then it is more likely that we will do so, Rutte said. The cabinet did send sports minister Conny Helder to Oranje’s final group match against Qatar.

The Dutch team meet the US at 4pm Dutch time on Saturday as the round of 16 matches start.

Coach Louis van Gaal told a news conference on Friday afternoon that several players are showing flu-like symptoms, which he said could be down to the airco in Doha.

‘Of course it is worrying if it is going around the group, but it is not as if 15 players are having problems,’ he said.

‘In principle, everyone is fit and available,’ Van Gaal said.