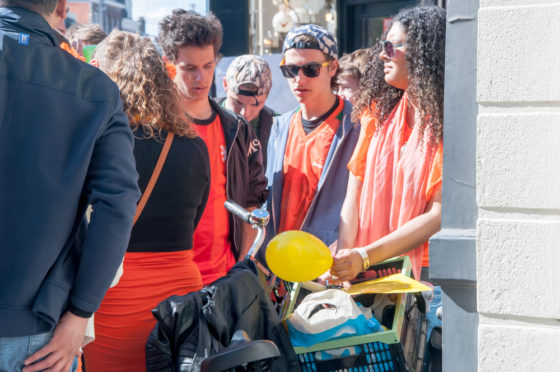 Laughing gas, or nitrous oxide, will be added to the list of banned drugs from January 2023, despite objections from the Council of State, which advises on all new legislation.

The Council of State said in July the measure would be too far reaching because the gas has many legal uses, including pain relief and a ban would also be difficult to police.

Nevertheless ministers are pressing ahead with the plan to include laughing gas on its official list of soft drugs, alongside marijuana. That would make the possession, trade and production of the drug a crime, although users would not be prosecuted.

‘The aim is to reduce the recreational use of the drug and limit supplies,’ the justice ministry said. ‘Laughing gas can still be used for medical and technical reasons, as well as in the food industry.’

Ministers first announced they planned to include laughing gas in the opium law at the end of 2019 in an effort to stop the recreational use of the drug and the legislation has been passed by both houses of parliament.

Research published last year by the Trimbos institute showed that over 37% of Dutch party goers use laughing gas on a regular basis and that young adults are the most likely to do so.

In some, chronic use of laughing gas can deplete vitamin B12, which in turn can damage the spinal cord. Patients develop weakness in their legs, arms and trunk, with tingling and numbness.

And police figures show laughing gas had a role in 1,800 traffic accidents in the past three years, including 63 that were fatal.

Justice minister Dilan Yeşilgöz said the ban will help the police considerably because they will now be able to take action if they come across someone with balloons and laughing gas in their car. ‘Hopefully we will be able to prevent accidents,’ she said.

In the meantime, a large number of the Netherlands’ local authorities, including Amsterdam, have introduced bylaws banning the use of the gas in public.