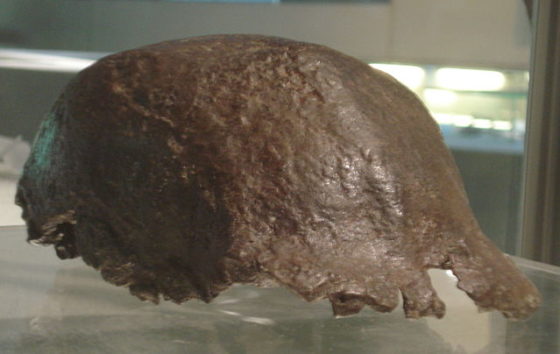 A request by the Indonesian government for the return of artifacts not only includes art but also a number of fossils, including the Java man skull, Trouw reported on Tuesday.

The list was sent to culture junior minister Gunay Uslu in July, the ministry confirmed, but has not been officially shared with the various museums which are currently holding the objects, the paper said.

That will have to wait until December when an independent committee  chaired by lawyer Lilian Gonçalves will get to work on investigating the origin of objects requested by former Dutch colonies, and whether or not they can be classed as looted.

The Indonesian request includes artifacts such as the reins of the horse ridden by the leader of the Java uprising prince Diponegoro in the early 19th century and the ‘Lombok treasure’ consisting of gems and gold and silver jewellery currently at Rijksmuseum voor Volkenkunde in Leiden. But it also includes the complete Dubois natural history collection at the Naturalis museum, also in Leiden.

Dutch naturalist Eugène Dubois collected some 40,000 fossils between 1987 and 1900 in Indonesia, including the skull and thigh bone of Java man, considered to be a crucial link in human evolution.

A spokesman for Naturalis said the museum would fully cooperate with the committee’s investigation but questioned whether the collection could be housed appriopriately in Indonesia.

‘We understand the Indonesian claim but the question remains where the collection can be safely kept and researched. I think I know the answer to that,’ the spokesman is quoted as saying.

The museum also said art and natural history objects cannot be put in the same category. ‘Art is made by hand and by locals. But the Java skull would not have been found if Dubois hadn’t gone out and looked for it,’ the spokesman said.