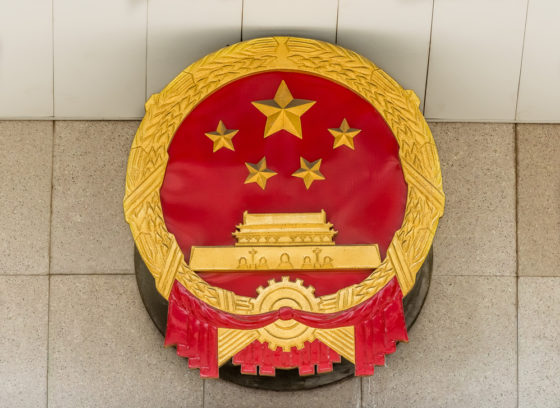 The Chinese police have been running two offices in the Netherlands since 2018 and there are strong indications they are being used to put pressure on critical Chinese nationals, according to research by RTL Nieuws and investigative website Follow the Money.

The ‘overseas police service stations’, based in Rotterdam and Amsterdam, were first identified by Spanish civil rights group Safeguard Defenders in a report published in September.

It said at the time they had been primarily set up to conduct administrative tasks to aid overseas Chinese, such as sorting out driving licences, but that they ‘also serve a far more sinister and wholly illegal purpose’.

One young dissident told the Dutch media companies that the police stations try to contact and silence opponents of the Chinese regime as well. Wang Jingyu, who has been granted asylum in the Netherlands, says he was contacted by the Chinese office in Rotterdam as soon as he arrived.

‘They asked me to go back to China to sort out my problems,’ he said. ‘They told me to think of my parents.’

Read the FTM report in English

A spokesman for the foreign affairs ministry said that the stations are illegal. ‘We are going to look into exactly what they are doing and take appropriate action,’ a spokesman said.

Issues such as driving licences should be dealt with by consulates, as set out in the Vienna Convention, which has been signed by the Netherlands and China.

The Amsterdam office is run by two men who emigrated the Netherlands after a career in the Chinese police and is operated by the Lishui provincial force. The Rotterdam one covers the Fuzhou provincial force and is in an ordinary block of flats. It was set up by a former member of the Chinese armed forces, RTL said.

An official promotional film states that the Rotterdam office is used to ‘take action against local and illegal criminal activities in Fuzhou which have links to overseas Chinese.’ Many Dutch Chinese have roots in the two regions, which are both in the east, RTL said.

The Chinese embassy in The Hague said in an email reaction that it was not aware of either police station.