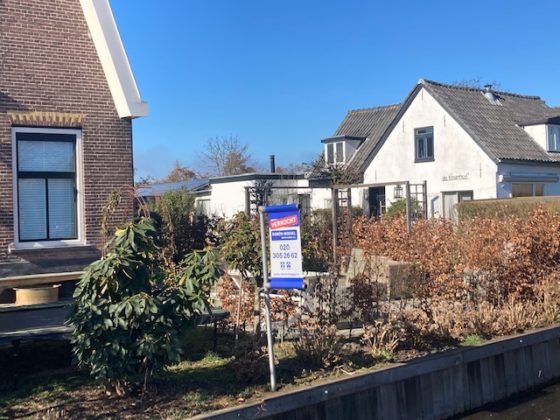 Most mortgage interest rates appear to have gone down slightly in the past few days, but not by as much as capital market interest rates, market watchers say.

Interest rates hit a record low of around 1% last September and have risen steadily since then, with home buyers now expected to pay up to 4.4% for a 100% mortgage, with the interest fixed for 10 years.

Capital market interest rates have fallen since June 20 after rising sharply earlier this year due to the war in Ukraine, high inflation and high energy prices. And this, experts say, has helped nudge interest rates down slightly.

‘Capital market rates and mortgage interest rates generally move in tandem. However, there is always a bit of a time lag, in particular when capital market rates are extremely volatile like in the past months,’ a spokesman for ABN Amro told Dutch News.

Yet, he said, when rates went up, the banks were quick to put up mortgage interest rates quickly as well.

The banks argue that their funding costs have also risen, for instance due to higher liquidity and market risks. ‘Funding costs are also set to rise because the regulators have announced that they want to raise capital buffer requirements for mortgages,’ the ABN Amro spokesman said.

ING said it could not comment on its own interest rate strategy, but said banks’ interest rate policies follow the entire market and are dependent on a variety of factors, including the international capital markets, the bank’s own financial position, the costs and competition.

‘There are more than 40 active players in the mortgage market and the competition is intense,’ a spokesman said. ‘Each bank has their own considerations.’

In the meantime, the number of houses changing hands has shrunk in recent months and there are signs that house prices too are stabilising.

‘There is more for sale but prices have not come down really yet,’ Jansen said. ‘If we wait a bit longer, rates may go down a bit more than they have done at the moment. But we don’t know if this is going to continue. A floating mortgage rate could be a very good alternative at the present time.’