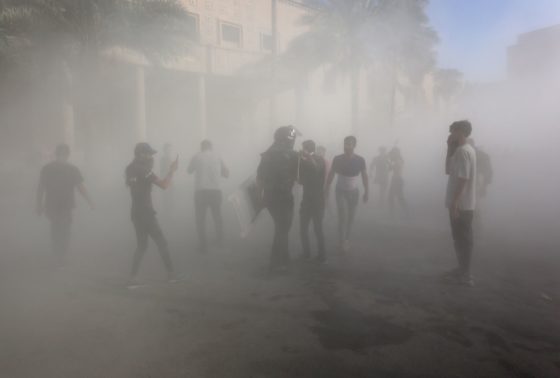 Personnel working at the Dutch embassy in Baghdad have been evacuated following the outbreak of the worst violence the Iraqi capital has seen in years.

Staff have been relocated to the German embassy, in another part of the city, after a day of unrest that has killed at least 15 people. Violence broke out on Monday morning after influential Iraqi cleric Muqtada al-Sadr announced he was leaving politics.

The Dutch embassy is in the middle of the so-called Green Zone, an area of the city with many foreign embassies and government buildings. Protesters pulled down security barriers and stormed the government palace.

‘Fire fights are taking place around the compound. The German embassy is far outside this area,’ the foreign affairs ministry told NOS.

Al-Sadr’s party won the largest share of seats in parliamentary elections in October but fell short of a majority. He has refused to negotiate a coalition, leading to political instability.

The country is now under a nationwide curfew. The ministry advises any Dutch citizen in the country to leave immediately.