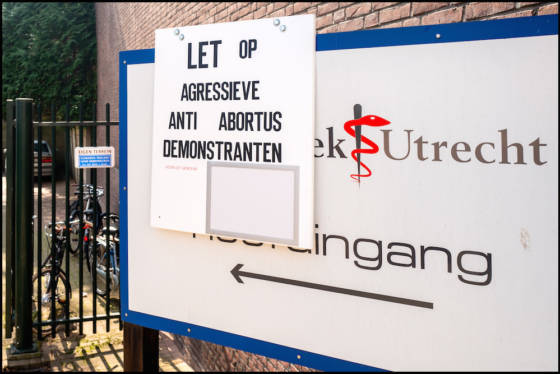 An anti-abortion campaigner has won his case about demonstrating near an abortion clinic in Utrecht, after judges said mayor Sharon Dijksma had not properly supported a decision to move him to a spot 70 metres away.

The court said the council was wrong to assign a demonstration location to the Jezus Leeft (Jesus lives) association without proper explanation, but that it is still up to the mayor to decide where they can hold their protest.

Jezus Leeft chairman Joop van Ooijen had wanted to demonstrate in front of the clinic but instead was directed to a loading bay some distance away.

Dijksma said she taken the decision because the protest could lead to unsafe situations in that the 1.5 metre social distancing rule, which was then in force, may not have been adhered to.

The demonstrators had hoped to place their vehicles and banners in front of the clinic itself.

Several Dutch towns and cities have set up buffer zones around abortion clinics in which demonstrators are banned from approaching women who are entering the buildings. Health minister Ernst Kuipers said in June that he did not favour making this a national issue.