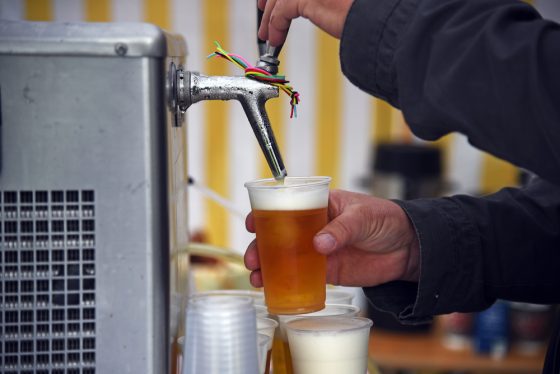 Visitors to last weekend’s Woo Hah! festival in Hilvarenbeek were the latest to take part in a trial to dispense with disposable cups at festivals, which will be banned in 2024.

Instead, festival-goers handed in their used cups in order to buy refills or in exchange for a recycling coin that they could cash in later. At the festival’s end, the cups were recycled or washed and reused.

‘It means extra work for us,’ Woo Hah! director Ruud Lemmen told broadcaster NOS. ‘The cups are collected, end up in a compactor and are then collected. That is extra work, but you save on cleaning. It makes a huge difference if there are not 100,000 cups on the floor.’

‘It was a pain to hold on to your cup,’ said Woo Hah! attendee Emma. ‘But of course, I’ll do it, because it’s better for the environment.’

In addition to Woo Hah!, Dutch festival organiser Mojo held three other trials this year to test its recycling system: at an Anouk concert in The Hague, Parkpop and at Stadspark Live in Groningen.

Pop venues including AFAS Live and Ziggo Dome are now also working with the trade-in scheme. Laura van de Voort, co-founder of Green Events, told NOS the days of disposable cups are numbered. ‘The most important thing is that you give people a reason to return the cup. Past trials have shown that people don’t do that on their own,’ she said. ‘A festival site full of plastic waste will soon be a thing of the past. Visitors really don’t want that any more.’

‘It is a win-win situation. Festivals have a solution for their plastic waste and we have an additional raw material,’ said Marc Mes from the Indorama recycling company, which will be receiving some of the cups. ‘We also want to collect the cups from football clubs. There are already several talks with clubs about this.’

From 2024, disposable cups and cutlery will also not be allowed in offices and the catering industry. Environment junior minister Vivianne Heijnen announced the changes in a parliamentary briefing in March. ‘In the Netherlands alone, we throw away 19 million plastic cups and food packaging every day, after a single use,’ she said.

The measures are in line with the 2021 European Directive on Single-Use Plastics, which banned the use of single-use plastics including plastic straws, cutlery and cotton swabs.

Minister Heijnen believes such plans work. Since a 2017 ban on providing free plastic bags, she said the proportion ending up as garbage has decreased by 70 percent.