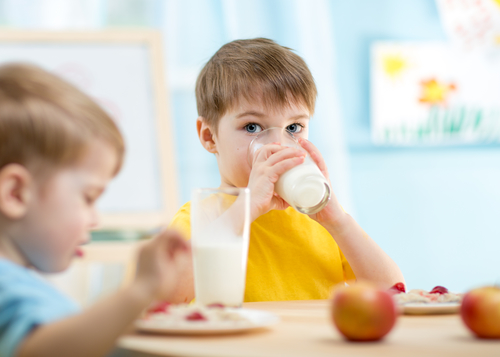 Concerns have been raised about nurseries which are struggling to keep staff in a high-employment economy, and increasingly being supplemented by private babysitting firms.

Brancheorganisatie Kinderopvang (BK), the childcare sector association, has reported that the number of organisations with staff shortages has increased from 66% to 72% in daycare, from 72% to 73% in after-school care and from 46% to 55% in toddler care.

Parents say it is increasingly hard to find a care solution for children. ‘When I was five weeks’ pregnant, we signed ourselves into different [childcare] organisations in Utrecht, and we were on time,’ Dorit Roest told current affairs programme Nieuwsuur. ‘Unfortunately, Fridays I work and [my daughter] is now 10 weeks old and we still don’t have a place.’ She said she has been forced to work fewer hours.

These severe staff shortages, reports newspaper the Financieele Dagblad, are driving employers to babysitting platforms, which have seen an increase in use since the 2020 Covid crisis.

‘Especially the last few weeks it seems like a pressure cooker,’ Charly van der Straten, founder of the Charly Cares babysitting agency, told the FD. ‘Companies that had a contract of 60 hours per employee now say that they cannot agree to that and want to offer more hours.’

But childcare organisations are reportedly having trouble filling those requests. Not only are they refusing new customers, but some have been forced to cancel existing contracts with parents.

Jasmijn Kok, who co-founded Nanny Nina with her twin sister Lyla, sees the babysitter emerging as the new fringe benefit. ‘Before corona, employers considered this the responsibility of the employee. Now they want to help the employee,’ she told the FD.

‘Every organisation is now thinking about how to remain attractive as an employer,’ adds Van der Straten. She says for years she has been making the case to HR departments that they should think about childcare if they want to hire more women in management positions. But to no avail—until corona hit. ‘During Mark Rutte’s first press conference, I already had seven corporations on the phone that were looking for an emergency solution.’

Private babysitting agencies say they are not taking workers away from the childcare sector because their own employees are often students caring for children as a part time job. ‘It remains a popular part-time job between the ages of 18 and 30, but it is hard work to get sitters,’ says Van der Straten.

Kok also says that demand exceeds supply, leading her to tap into the au pair market. ‘We can recruit them all over the world and for about €600 a month. It’s a lot cheaper,’ she says.