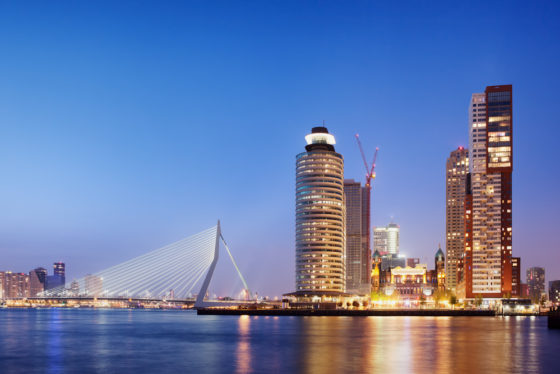 Rotterdam city council is set to be run by a four-party coalition including populist right-wing party Leefbaar Rotterdam and Denk, which has a strong voter base in the Dutch Turkish community.

The liberal parties VVD and D66 make up the rest of the coalition, which holds 25 of the 45 seats on the council following the local elections in March.

The development has raised eyebrows because of Leefbaar’s history as an anti-immigration party. It rose to prominence in the early 2000s under the leadership of Pim Fortuyn, who described Islam as a ‘backward culture’ and wanted to abolish the constitutional ban on discrimination.

Leefbaar was kept out of the city government in 2018 despite being the largest party on the council, partly because it formed an election pact with the far-right nationalist Forum voor Democratie.

In this year’s election Leefbaar won 10 seats to remain the largest party, with the VVD taking six seats, D66 five and Denk four. The largest opposition group is GroenLinks with five councillors.

Chantal Zeegers, who is expected to be named as one of D66’s two aldermen in a nine-member city government, told local broadcaster Rijnmond: ‘The great thing about this coalition is that it gives so many different groups of Rotterdammers a seat at the table. Denk comes from a different place than Leefbaar Rotterdam, D66 or the VVD.’

Denk’s leader Farid Azarkan said the coalition deal showed the party was ‘maturing’ since it was founded by two breakaway Labour (PvdA) MPs in 2015. ‘We don’t just want to point out what’s wrong from the opposition side, we want to take responsibility,’ he told NOS.

Rotterdam is due to announce its new government on Friday, including two Denk aldermen, Faouzi Achbar and Enes Yigit. Leefbaar will appoint three aldermen, including party leader Robert Simons, while the VVD and D66 will each have two.

Denk is also in talks to form a five-way coalition government in neighbouring Schiedam, where it is the second largest party.

Azarkan has come under fire within his own party in recent weeks over the lack of accountability within the party. He faced down a motion of censure at a party congress at the weekend that took place behind closed doors.

Members currently have no say in the make-up of the party’s list of candidates for elections. ‘The three MPs decide almost everything,’ said candidate Ahmet Erdogan, who tabled the motion. ‘They talk about diversity, but put three men at the top of the list of candidates.’