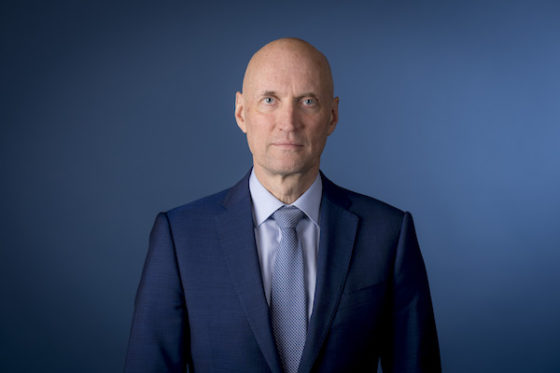 Dutch health minister Ernst Kuipers has said that the Netherlands could see as many as 10 million Covid-19 infections during the upcoming winter.

‘It is not over,’ Kuipers told journalists at a briefing session this week.

The D66 politician took over from the previous health minister, Hugo de Jonge of the CDA, in January and immediately signalled a change in approach.

The new strategy will focus on personal responsibility, although the details are still being worked out. However, Kuipers said, any new restrictions will be based on health concerns, as well the economic, social and cultural impact

Kuipers cautioned that while the Netherlands could see new measures this autumn or winter aimed at stopping the spread of the virus, it would be a challenge to convince the public to adhere to them.

‘it is a very intricate and very difficult balance,’ he said when asked how the government would decide if measures were needed.

During the previous years of the pandemic, the Netherlands saw its first curfew since World War II, restrictions on travel and masking requirements. Kuipers stressed that schools and universities should be the absolute last thing to close if another lockdown is needed. ‘We know this is incredibly disruptive,’ he said.

According to modelling, Kuipers said the Netherlands could have as many as 10 million infections during the seven-month ‘season,’ from mid-September through mid-April although he hopes that those numbers will be lower.

The Netherlands scrapped the advice that anyone with a positive self-test received a more accurate PCR test from the public health authorities on Monday. Kuipers said that even without that requirement, he was confident the Dutch authorities could track the spread of Covid and any possible new variants.

‘We did not have this type of testing for previous diseases,’ he said. He plans to use information from what he called ‘polling stations’ to extrapolate the number of cases. Those would include hospitals and doctor’s officers. The Netherlands is also regularly testing wastewater for the virus, which Kuipers says is an effective way of monitoring the rate of transmission.

The Dutch are looking into a variety of treatment options for anyone who contracts Covid. The European Medicines Agency has to date approved eight medications that fight off the virus and two more applications are pending. Many of these, however, need to be taken as soon as possible after the disease is contracted and Kuipers urged the public to continue with self-testing.

The Dutch are now handing out self-tests to low-income households, but unlike in some other European countries, are not providing self-tests for free on a large scale. The health minister also stressed the need to get vaccinated and get a booster shot. As of this week, the country is now offering booster shots to anyone over the age of 60 as well as some vulnerable people.

Kuipers said that one of his biggest takeaways of the pandemic so far was that organisations across the country have to work together to be effective.

The local public health authorities, national authorities, hospitals and other healthcare groups must cooperate, whether to fight Covid-19 or any other contagious disease that may spread in the future, he said. ‘It is about being agile.’