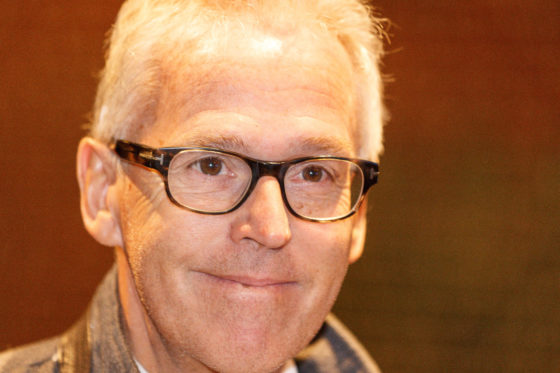 Derk Sauer has been owner of the Moscow Times since 2017. Photo: Edwin Janssen via ANP

English-language news website The Moscow Times is relocating to Amsterdam after the Russian government imposed draconian new laws to restrict reporting of the war in Ukraine.

The Moscow Times was set up in 1992 as a newspaper by Dutch publishers Derk Sauer and Annemarie van Gaal. Sauer has been the sole owner since he bought the title back from Finnish publishing house Sanoma five years ago.

Sauer and a team of around 10 journalists are leaving the Russian capital following the imposition of laws that ban the use of words such as ‘war’ and ‘invasion’ to describe the war that began when Russian forces invaded Ukraine on February 24. Offenders face prison sentences of up to 15 years for spreading what the Kremlin calls ‘fake news’.

‘As a publisher I can’t test whether the government really is going to throw journalists in jail,’ Sauer told the Volkskrant on Tuesday.

Erik Roddenhof, CEO of DPG Media, said the decision to house the website was taken ‘in the interests of independent and free journalism everywhere in the world.’

‘If fellow journalists find themselves in a situation like this then of course we will accommodate them so that they can do their essential work,’ he said in a press release.

Several western media organisations, including the New York Times, have withdrawn their staff from Moscow, while others, including the BBC and CNN, have stayed but suspended reporting.

Most Russian independent media outlets, including Novaya Gazeta, have either shut down or stopped covering the war in Ukraine. Many of them had already been blocked by Russia’s media regulator Roskomnadzor.

The Moscow Times also publishes in Russian, but has taken the service offline until its reporters are installed in Amsterdam. Sauer originally set up the newspaper to cater for expats who moved to the former Soviet Union in the early nineties.

‘We’re not for or against Putin. We want to explain to the outside world why he’s so popular,’ he said when he repurchased the title in 2017.