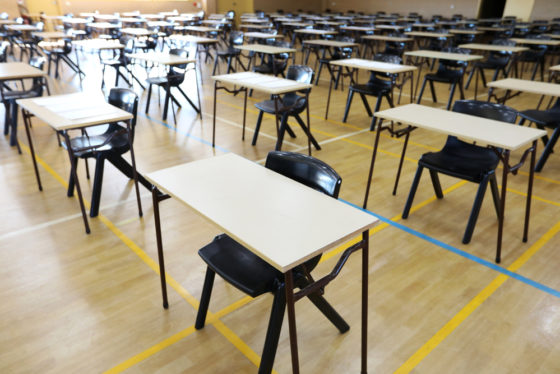 The testing system for children in their final year of primary school is being overhauled in an effort to make the transition to secondary school more equitable.

From 2024, the Group 8 tests will be taken in February, after pupils have been given preliminary school advice but before the deadline for choosing a secondary school.

In addition, all pupils will register for a secondary school place in the last week of March, ensuring all children have the same chance of getting into popular schools. The changes will affect children currently in Group 6.

Officials hope the reforms will mean children who have been placed in a less academic category of secondary school will be able to go to a higher stream if they score well in the new tests.

The current Dutch system, by which children are streaming into trade school (vmbo), pre college (havo) or pre university (vwo) at the age of 12 has come in for increasing criticism in recent years.

The exams are currently taken between April 15 and May 15, after children have been allocated a secondary school place, making it difficult for children who have done well to move up a stream because most school places are already taken.

Schools minister Dennis Wiersma says more is still needed to boost equality of opportunity in education and that he is still studying education council recommendations which suggest streaming pupils in their third year of secondary school.

The primary schools council PO-raad said it welcomed the changes announced on Wednesday. ‘Later selection and more flexibility is key,’ the organisation said.

In particular, clever children from disadvantaged backgrounds are failing to reach their full potential because of early selection, experts say.

Once placed in a certain category, it is more difficult to move up to a different level of education because so many secondary schools only offer one type.

The proportion of mixed ability first year classes, known as brugklassen or bridge classes in Dutch, has gone down from 70% to 55% over the past 10 years. Some 54% of 12-year-olds currently go to vmbo schools, while 22% are in pre-university streams and 24% in pre-college streams.

School inspectors have also warned of the ‘unacceptable’ inequality in Dutch education because children of well-educated parents are scoring better in final primary school exams than children of equal intelligence from more disadvantaged backgrounds.

For example, well-educated parents are more involved in the choice of school and invest money in tutors, homework classes and training in exam techniques. Their children are also more likely to be labelled dyslexic or as having adhd, which also entitles them to extra teaching time.

The government’s socio-cultural advice group SCP has also said the lack of contact between different social groups at a school level can lead to increased segregation in society as a whole.