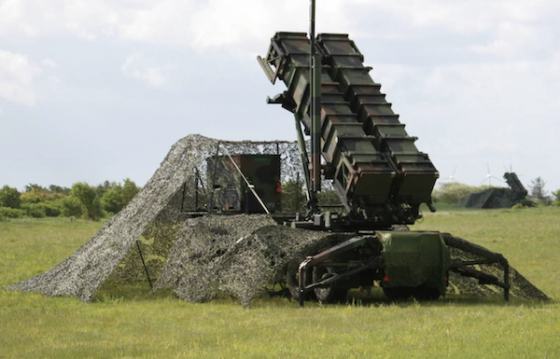 The Netherlands has agreed to send 40 Panzerfaust 3 anti-tank weapons and 400 missiles to Ukraine on top of the 200 Stinger air defence systems and other equipment which have already been agreed.

The Netherlands is also looking into the possibility of contributing both Patriot weapon systems and troops to the new Nato battle group in Slovakia, together with Germany, defence minister Kasja Ollongren told MPs on Saturday.

The aim is to further strengthen Nato’s collective deterrent and defence function on the eastern flank of the region and reassure Nato allies in the region, Ollongren said.

The Patriot is a medium-range surface-to-air guided weapon system which is used to take out planes and helicopters, as well as ballistic and cruise missiles.

Meanwhile, the EU, US, Canada and UK have agreed to cut a number of Russian banks out of the Swift international payment system, in what is being seen as the toughest western sanction so far.

But the Dutch cabinet and a number of political parties, including the ruling VVD and D66, would like to go further and completely decouple Russia from the system.

Sanctions imposed so far are already beginning to have an impact. Dutch flag carrier KLM has cancelled all flights to and from Russia for the next seven days as a result of the sanctions.

The sanctions mean planes can no longer transport spare parts and that means ‘we cannot guarantee that flights to and over Russia can return safely,’ KLM said in a statement.

KLM normally flies across Russia to reach China, South Korea and Japan and these services will now use alternative routes, the airline said.

On Sunday, the Netherlands said it was closing its airspace to Russian planes.