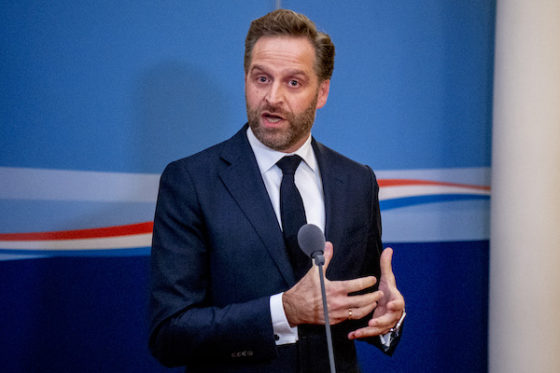 Primary and secondary schools will reopen next Monday as planned but trade schools, colleges and universities will remain shut, the cabinet announced on Monday afternoon. After school clubs will also reopen from next week.

The decision was taken on the basis of recommendations from the government’s Outbreak Management Team, which said reopening schools would be responsible, caretaker education minister Arie Slob said during a short press conference.

Schools will have to take steps to ensure pupil safety, including twice weekly coronavirus tests, and masks outside the classroom, Slob said.

Schools closed a week earlier than planned for the Christmas holidays last month, because primary school children in particular were spreading the virus.

‘The OMT says that infections among the youngest have gone down,’ Slob said. But the rate is still highest for people in their 20s and their teens, hence the decision not to reopen higher education.

The situation will be looked at again on January 14.

Outgoing health minister Hugo de Jonge said the decision was a difficult one and that there is risk involved, but at the same time, ministers recognise how important school is to children.

The under 18s will also be able to take part in outdoor sports up to 8pm, rather than 5pm as at present, De Jonge said.

The lockdown measures introduced last month have led to the current situation with a downward trend in new cases, De Jonge said. However, he admitted that infections have been rising for the past four days. ‘We do have concerns about the coming weeks,’ the minister said.

In total, 14,623 new coronavirus cases were reported to the public health institute RIVM in the 24 hours to Monday morning.

Monday’s announcement is likely to be the last by De Jonge as health minister, given he is moving to the home affairs ministry as housing chief in the next administration.