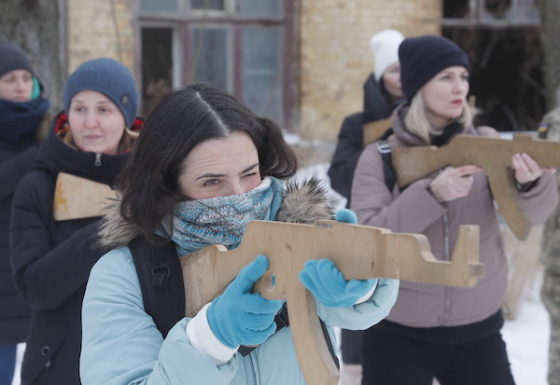 Prime minister Mark Rutte and foreign affairs minister Wopke Hoekstra head for Ukraine on Tuesday for what Rutte has said is a ‘long-planned’ visit to Kiev.

The visit takes place against the backdrop of rising tensions in the region and widespread fears that Russia could be planning an invasion, having massed 100,000 soldiers in the border area.

‘Top of the agenda are of course the tensions on the eastern border,’ Rutte told reporters on Friday after the weekly press conference. The visit by the prime minister shows that ‘the West is visibly involved’, he said.

Rutte will have talks with British prime minister Boris Johnson and Nato Secretary-General Jens Stoltenberg on Monday to discuss the situation.

‘We are concerned, and we will continue to work for dialogue and de-escalation,’ Rutte said. However, the message to Russia from Nato and the EU is clear, and if there is further aggression, there will be serious consequences, Rutte said.

Wopke Hoekstra was in Paris on Friday for talks with the French government about the situation in Ukraine as well as trade and other issues.

Hoekstra said earlier in January that the Netherlands will look sympathetically at the request if Ukraine asks for help with the supply of defensive weapons.

The Netherlands is also working on setting up a team of cyber experts to help Ukraine deal with cyber attacks like those of last week, and is making two F-35 fighter jets available to the Nato quick reaction force, which will be based in Bulgaria.

The Kremlin has said it sees Nato as a security threat, and is demanding legal guarantees that the alliance will not expand further east, including into Ukraine.