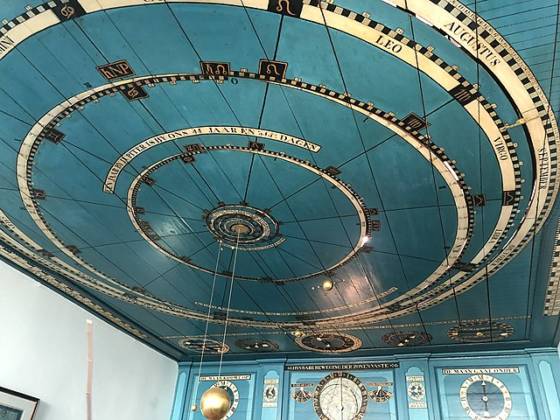 The Eise Eisinga Planetarium in Franeker, the oldest working planetarium in the world, is being formally recommended for inclusion on the Unesco World Heritage list, culture minister Ingrid van Engelshoven has confirmed.

The planetarium is a moving model of the solar system which Eisinga, a wool merchant by trade, constructed between 1774 and 1781 in the ceiling of his own home. It has been on the Unesco tentative list since 2011.

Eisinga built the planetarium to disprove a theory that certain planets were on a collision course and that the end of the world was imminent, and he hoped his model would demonstrate that the planets were actually in conjunction.

He was, Unesco says on its website, not a scientist in the formal sense but a ‘creative genius who built the planetarium entirely on his own initiative’.

There are currently 12 Dutch sites on the Unesco world heritage list, following the addition of the Lower German Limes and the ‘Colonies of Benevolence’ in Groningen and Drenthe earlier this year.

The planetarium, which still works, and the rest of Eisinga’s home, are open to the public.