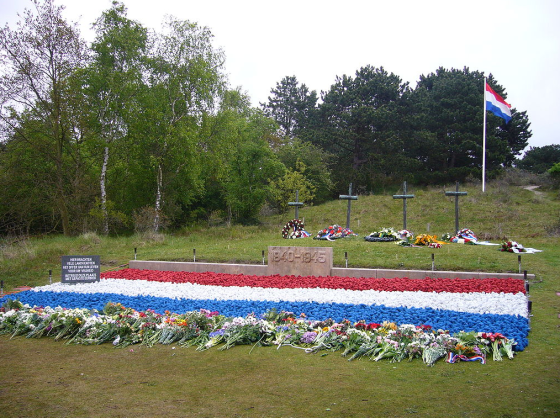 The Waalsdorpervlakte in the dunes, where many resistance heroes were shot. Photo Pvt Pauline vi Wikimedia Commons

A new exhibition has opened honouring the many women who were active in the resistance movement during World War II and whose stories, until now, have largely remained unknown.

Most people will have heard of Hannie Schaft, a student from Haarlem who became  known as ‘the girl with the red hair’ but there were many more, curator Mart van de Wiel  said.

‘Hannie couldn’t have done it on her own, there was a whole organisation behind her,’ he told broadcaster NOS. ‘The image that we have is skewed, and it really needs to be put right. So many other stories have been ignored,’ he said.

Van de Wiel put together a list of over 1,200 names from which he selected 135 to represent ‘The many faces of the women of the resistance’, an exhibition of audio stories, portraits and objects at the Noord-Hollands Archief  in the Janskerk in Haarlem.

‘If you look at what the women were doing you can see they played a vital role in the resistance infrastructure, Van de Wiel said.

‘They were doing things men could not do because they were women and not as likely to be suspected,’ he said. ‘They were indispensable as couriers, carrying information and weapons and they often brought Jewish children to safety. They would pretend to be the partner or mother of a pilot, or someone else who needed to go into hiding, to make them look less conspicuous.’

Along with the colourised portraits of the women and the audio stories, relatives of the women contributed various unique objects, such as Schaft’s gun, which she used to kill three Dutch Nazi collaborators.

Also on show are the bullet casings found at the spot where 21-year old Annick Hardeveld was shot as she cycled past retreating Nazi soldiers, in a nurse’s uniform, on her way to bring information to the resistance unit to which she belonged.

The reasons why these women’s stories did not get the attention they deserve are many, Van de Wiel said. Not much was recorded because if the secret nature of the work and many people who had been active in the resistance preferred to remain silent about it.

The women,  many of whom returned to their roles as housewives, were rarely asked if they had had any part in the resistance.

It is also a question of definitions, Van de Wiel said. ‘What the women were doing was classified by war chronicler Lou de Jong as ‘having ties with the resistance’ and not being of it and so they were sidelined.’