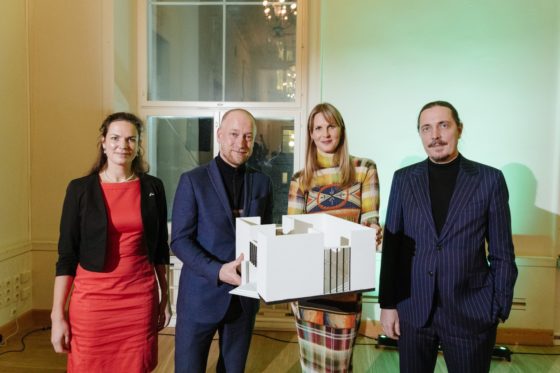 The Netherlands has broken with over 60 years of tradition by formally handing over to Estonia its coveted exhibition space, the Rietveld Pavilion, for the 2022 Venice Art Biennale.

The Mondrian Fund, the commissioners for the Dutch entry, surprised the art world when they announced last year that the Netherlands would not exhibit in Venice’s prestigious Giardini.

Visual and performative artist Melanie Bonajo will represent the Netherlands and will exhibit instead at La Chiesetta della Misericordia, a deconsecrated 13th century church in the Cannaregio neighbourhood. The Netherlands is the first country to ever willingly give up their place in the Giardini.

Dating back to 1895, the Venice Art Biennale is one of the art world’s most anticipated festivals, lasting seven months and showcasing the work of around 90 countries. The Dutch pavilion, designed by architect Gerrit Rietveld, has afforded the Netherlands a central position in the festival since 1953.

Estonia joined the Biennale in 1997, but as all the Giardini pavilions were already allocated, they were unable to exhibit there.

‘Every time that we are there, we are discussing the selection of countries that are represented in the Giardini, the heart of the Venice Biennale, and how that represents power structures from the past,’ Eelco Van der Lingen, director of the Mondrian Fund, told delegates during the panel discussion which opened the formalities.

‘We looked for a country for which a place in the Giardini would not necessarily be an option under normal circumstances … and at the same time could also make it worth their while, put something there that also adds something to the Giardini, and that’s how we ended up with Estonia.’

Maria Arusoo, Director of the Estonian Centre for Contemporary Art, which commissions the Estonian entry, described the handover as ‘a genuine acknowledgement’ of Estonia’s cultural achievements. ‘We very much intend for this exchange between Estonia and the Netherlands to continue beyond Venice, and for many years to come,’ she added.

Art duo Kristina Norman and Bita Razavi will represent Estonia at the Biennale, taking inspiration from the botanical paintings of Estonian artist Emily Rosaly Saal (1871-1954) to explore questions of gender representation and colonialism.

Speaking at the event, Iris de Groot, deputy ambassador of the Netherlands in Estonia, said: ‘We have once again proved that with culture we can make a small country bigger in the world.’