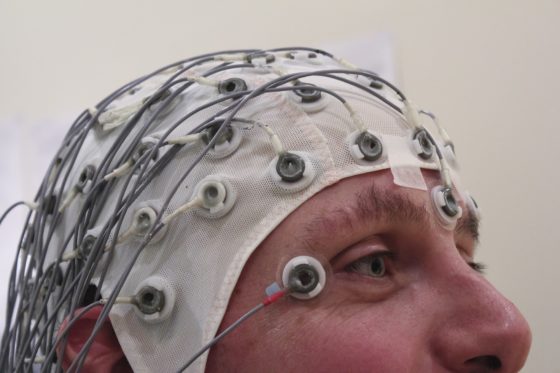 Researchers at Amsterdam’s UMC hospital say they have taken a step forward in treating autism in children by using brain scans to help identify suitable treatments.

Currently children are given medicines such as Ritalin in response to behavioural symptoms such as hyperactivity or disrupted sleep. But child psychiatrist Hilgo Bruining said electroencephalogram (EEG) recordings, which film brain activity, would allow paediatricians to prescribe treatments based on how the brain responds to stimulus.

‘Medicines such as Ritalin or anti-psychotic drugs only suppress behaviour,’ he told NOS. ‘They don’t address the cause in the brain and have side-effects that are sometimes worse than the disorder.’

Bruining said his research has also found that some children with autism could be helped by bumetanide, a medicine originally produced to treat high blood pressure, which reduces the concentration of chlorine in the brain.

The medicine, which has few side effects, could also benefit some children with epilepsy or dyslexia, conditions which are more common in people with autism.

An initial study found that around 10% to 20% of children who were given bumetanide found it improved their concentration and ability to process information, making social interactions less overwhelming.

‘The pill is certainly not the solution for all children with autism. But the method we are working with highlights the group of children who can benefit from it,’ Bruining said.

‘For the very first time we’ve been able to use films of the brain to produce evidence that a medicine has a demonstrable effect on the processing of stimuli and information in the brain.’