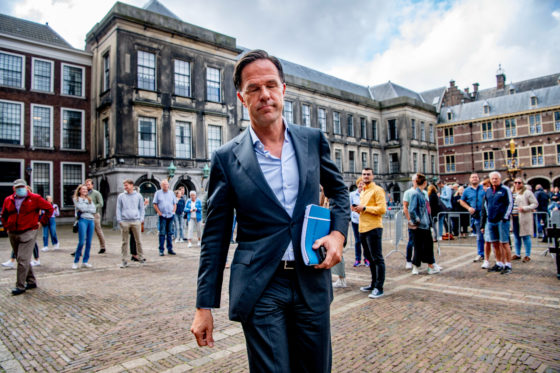 The next Dutch government looks likely to be a minority coalition after all other options were categorically ruled out this week.

Almost six months after the general election on March 17, the negotiations to form a new cabinet have not even started because of a deadlock between the two largest parties, VVD and D66, over their preferred partners.

The biggest stumbling block has been the refusal of the right-wing liberal VVD and the Christian Democrats (CDA) to form a coalition with both the Labour party (PvdA) and GroenLinks. Either party has enough seats to secure a majority of MPs for the cabinet, but their leaders, Lilianne Ploumen and Jesse Klaver, have resisted efforts to prise them apart over the summer.

Reforming the previous four-way coalition with the ChristenUnie (CU) is also a non-starter after D66 leader Sigrid Kaag said two weeks ago she was not prepared to do another deal with the CU. The two parties have irreconcilable differences on ethical issues such as euthanasia and abortion.

Caretaker prime minister and VVD leader Mark Rutte said on Tuesday that a coalition of five risked being too unstable. ‘We don’t need both of them [GroenLinks and PvdA] for a majority,’ he said.

That view was shared by CDA leader Wopke Hoekstra, whose party was Rutte’s first choice before the election, but lost four seats and faces a potentially fractious EGM next weekend. ‘We don’t think five parties are sensible or logical,’ he said. ‘We could [still] negotiate with either of the two.’

GroenLinks leader Klaver said the decision to exclude the pact between his party and the PvdA was ‘un-Dutch’, while his counterpart Ploumen described it as ‘regrettable’. ‘The Netherlands is looking for solutions and they’ve slipped a bit out of sight,’ she said.

‘This isn’t compatible with the traditions we have in the Netherlands,’ said Klaver. ‘In my view democracy is the loser. As politicians we have a duty to help this country go forward.’

Rutte is now expected to try to form a three-way coalition with D66 and CDA, which will have 73 seats, three short of a majority. But the Christian Democrats will lose another seat if Pieter Omtzigt, who quit the party in June, returns from sick leave next week and becomes an independent MP.

A minority cabinet will be dependent on ‘constructive opposition’ from PvdA and GroenLinks, as well as other parties such as the CU, to get its legislation through parliament. Rutte said on Tuesday he foresaw a positive relationship, having worked with the two parties in the second half of his previous term.

‘On the issues of going green, climate change, nitrogen emissions and education we know what the score is,’ he said. ‘So we will absolutely be reaching out and looking for substantial co-operation in a new cabinet. But not in a five-party cabinet,’ he said.

However, the preliminary talks have driven a wedge between D66 and CDA and made a three-way partnership with the VVD more difficult.

D66 leader Sigrid Kaag said on Tuesday that the ball was in Rutte’s court. ‘It’s now up to the VVD as the largest party to find a way forward,’ she said. ‘It’s difficult for us to see the exclusion of GroenLinks and PvdA as a logical move.’