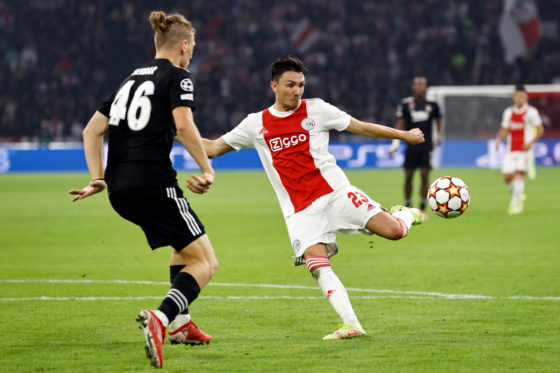 Steven Berghuis scored the opener and set up the second for Haller. Photo: ANP/Maurice van Steen

Ajax coach Erik ten Hag singled out Steven Berghuis for praise as his team maintained their strong start to the Champions League against Besiktas.

Berghuis scored the first goal and laid on the second for Sébastian Haller as the Dutch champions outclassed their Turkish counterparts in the ArenA.

Ten Hag said his side did well to recover from an early scare when Besiktas hit the post, with Berghuis instrumental in his attacking midfield role.

‘After a bit of carelessness at the start we took control of the game,’ he said. ‘We scored two good goals, but could have had three or four. We had a lot of chances.

‘For me Berghuis was the man of the match with his goal and his assist. And he created a lot of other good things. Excellent job.’

Ten Hag said his team would have to step up a gear in their next match against German side Borussia Dortmund, who also have six points from their opening two games.

‘We have six points, a superb start. But we’ve had those six points before and didn’t make it,’ he said.