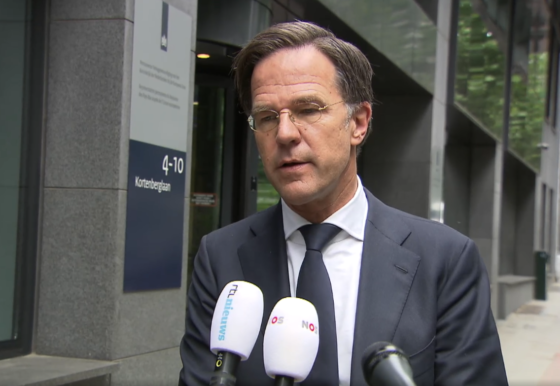 Prime minister Mark Rutte has said the situation in Afghanistan is deteriorating too fast to evacuate all Dutch citizens and Afghans who assisted the NATO mission in the last 20 years.

Rutte told a short press conference he regretted having to leave some people behind, but the 118 Dutch nationals who gained entry to Kabul airport before it was closed off on Thursday morning were ‘safely at the airport’.

The prime minister said the terror threat at the airport had prompted the American security forces to close down European evacuation attempts.

He did not say when the plane taking people back to Netherlands would depart or how many have stayed behind.

He offered an upfront mea culpa for any mistakes made in the preceding months and announced a review of the events leading up to evacuation operation, as well as a debate with MPs on an unspecified date.

‘We, like other European countries, were overwhelmed by the speed of the Taliban takeover and made a wrong assessment of the situation,’ Rutte said.

Journalists criticised the cabinet for not acting sooner, referring to the conditions caretaker junior minister Ankie Broekers-Knol initially wanted to put on the number of Afghans entering the country.

Rutte said again all events would be looked at and rejected the suggestion that ‘Afghans were good enough to work for us but not good enough to come here’.

He said he considered it a ‘sacred duty’ to find ways to get the remaining Dutch and Afghans out of the country and caretaker foreign affairs minister Sigrid Kaag was in constant communication with her opposite numbers in various European countries.

Contacts have also been made with surrounding countries like Qatar and Pakistan, he said, to see if they could help monitor the situation.

Rutte said he still backed the mission, calling it ‘necessary and worthwhile’ in view of  9/11, but the ending was ‘most disappointing’.