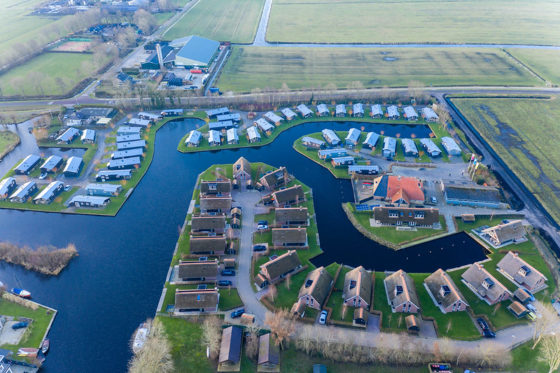 Holiday park company Roompot is taking over Landal GreenParks, stepping up its efforts to become European market leader but in the Netherlands, where its story began, ‘roompottisation’ is reaching its limits, the Volkskrant reported at the weekend.

Born of the Socialist movement to celebrate the holidays among like-minded families in the 1920s and subsequently stimulated by the government to avoid random building of holiday homes on scarce land, Dutch holiday parks have long outgrown their humble origins.

Roompot, which started as a modest campsite in Zeeland in 1965, rapidly became a multinational with an annual turnover of €400m. Once the takeover has been concluded, its American owner – investment house KKR – will have a portfolio of over 300 holiday parks across Europe.

Although turnover is expected to jump, Roompot is far from closing in on another homegrown holiday company, the now Dutch-French combo Pierre & Vacances Center Parc Group whose turnover is €1.3bn.

Despite the increasingly sophisticated amenities on offer, the set up has remained largely the same over time: entertainment for both young and old on site, persuading people to look no further than home for their holidays.

‘The sheer amount of things to do makes Dutch holiday parks unique,’ tourism expert Gerard Gielen told the paper. ‘The Netherlands has two areas of expertise: weather proof parks with lots of covered leisure facilities and and the ability to build fast.’

However, the Netherlands currently has 1,500 holiday parks and the market is sated, Gielen said. At the same time, locals are turning against the ‘roompottisation’ of the landscape, particularly in coastal areas.

The drive to grow, boosted by venture capital, have forced the big players to take the Dutch concept abroad, Mieke Dings, an architectural historian and author of a study into the history of the Dutch holiday park, told the paper. ‘All these brands could not continue to grow alongside each other in a small country like the Netherlands and that is why they started exploring foreign markets in the 1990s.’

New foreign markets will include countries such as the Czech Republic, Poland and Slovenia, where there is room for ‘many more parks’, tourism expert Goof Lukken of Breda university told the VK.

‘Families want a child-friendly campsite in the south of France, a childless couple wants somewhere to enjoy romantic sunsets on the coast, the football team wants a weekend away in Germany where beer is cheap,’ he said. ‘We offer it all, from glamping with a festival vibe to camping on a farm without wifi. Once they know the brand people need never book anywhere else.’