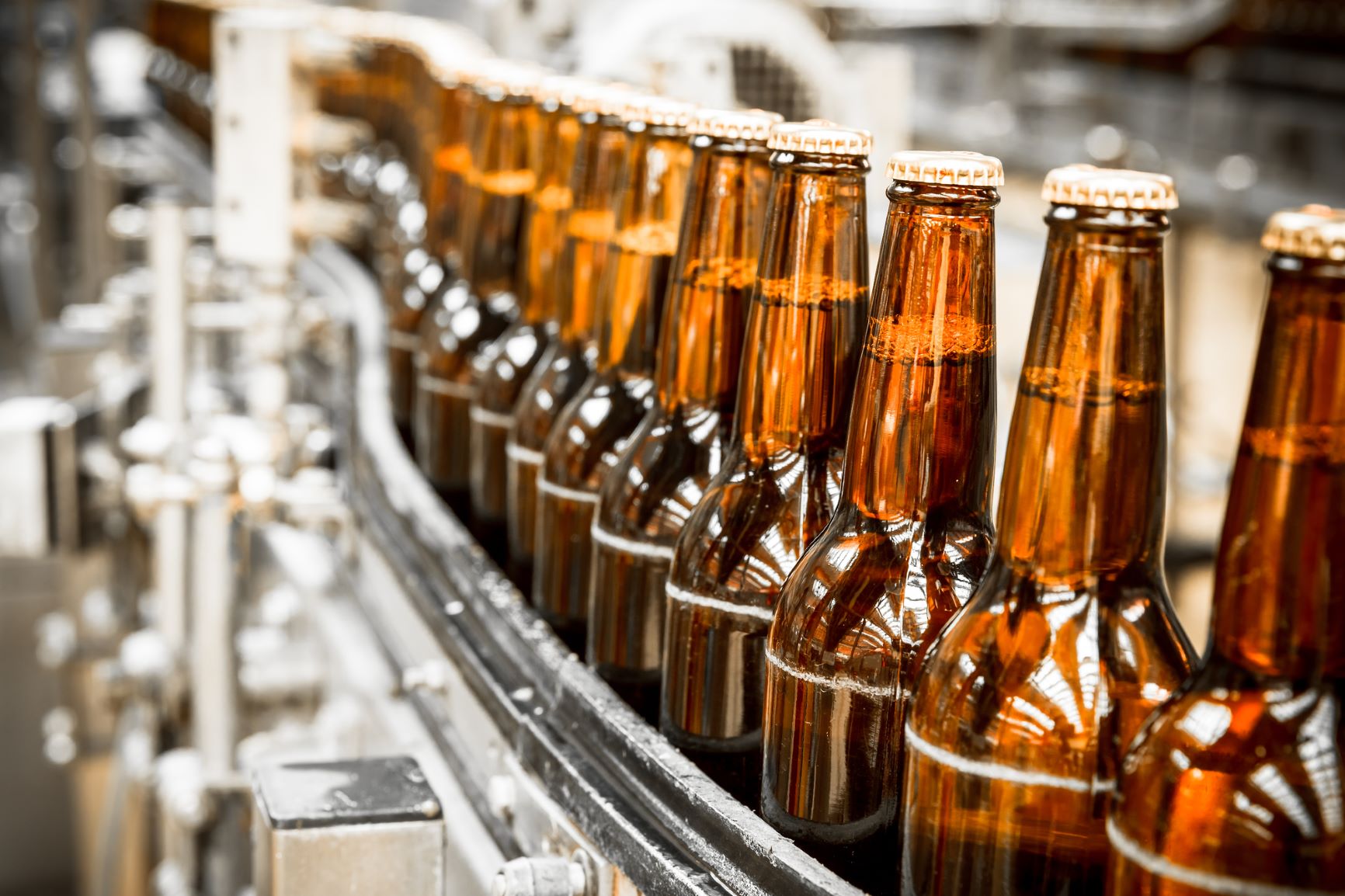 Once again, the Netherlands is the largest exporter of beer in the European Union, national statistics agency CBS said on Tuesday. The Dutch have held the title for 21 years.

In 2020, €1.9bn of beer was exported from the Netherlands, with the United States as the most popular destination, followed by France, Britain and Canada.

The Netherlands is the world’s second-largest exporter of beer. The global leader in beer exports by far is Mexico, which exports more than double what the Dutch do – €4.3bn worth of beer every year. The vast majority of Mexican beer, 71%, also heads to the United States. 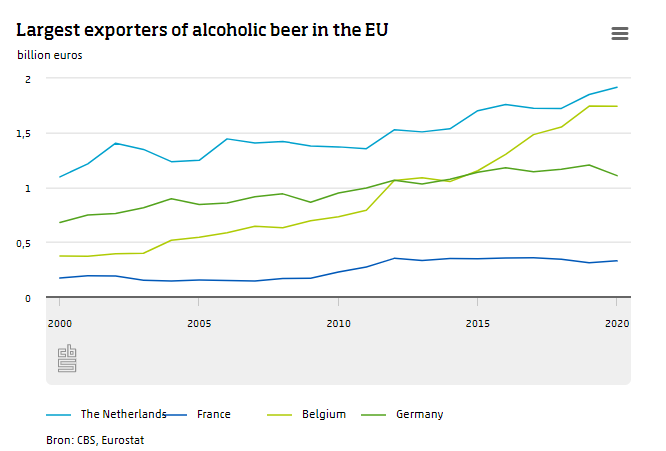 While the Netherlands’ southern neighbour may be more famous for its beer, Belgium is only the EU’s second-largest exporter, sending €1.7bn worth of beer across its border in 2020. Germany and France are the third and fourth largest exporters. 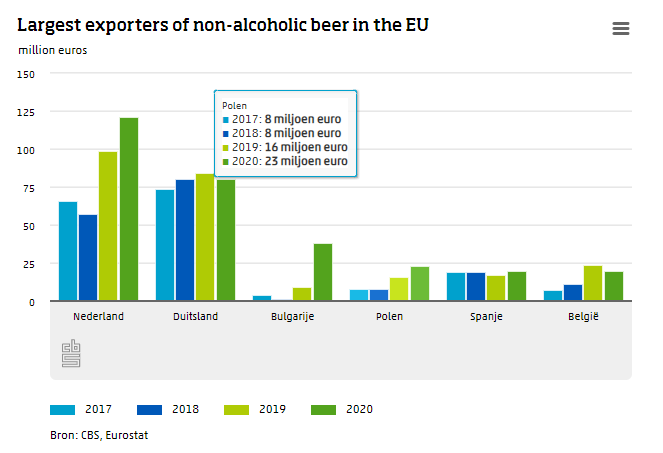 The most notable number in the report is the increase in exports of non-alcoholic beer, which the CBS has measured as its own category within the total since 2917. At that time, Germany exported the largest amount of non-alcoholic beer but the Netherlands has since overtaken their eastern neighbours and now exports the largest amount in Europe – €121m worth every year.