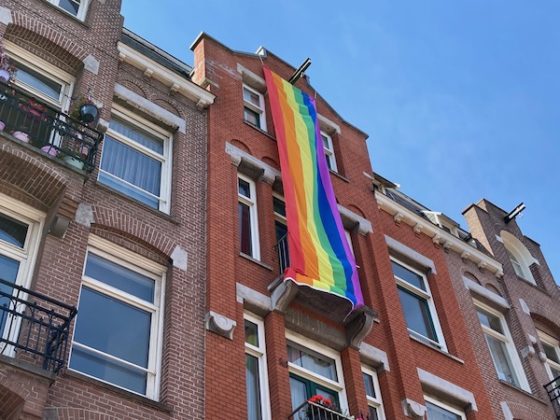 The Netherlands is one of 13 EU countries which have drawn up and signed a statement condemning new anti LGBTIQ legislation in Hungary, describing it as a ‘flagrant form of discrimination based on sexual orientation’.

The amendments to existing laws covering child abuse, media law, public education and protecting families, ban portraying people other than heterosexuals in books, films and other media for the under 18s.

‘Inclusion, human dignity and equality are core values of our European Union, and we cannot compromise on these principles,’ the signatory countries, including Belgium, Luxembourg, Estonia and Finland, say.

‘These amendments also violate the freedom of expression, by limiting the freedom to hold opinions and to receive and impart information without interference by public authority, as enshrined in the Charter of Fundamental Rights of the European Union.’

‘Respect for our European values is not optional,’ she said on Twitter.  ‘Discriminating against LGBTI persons under the pretext of protecting children is unacceptable in the EU.’

Pressure is also being placed on the European Commission to take action and a number of EU countries are looking into taking legal action against Hungary. The 13-country statement also urges the Commission to ‘use all the tools at its disposal to ensure full respect for EU law, including by referring the matter to the European Court of Justice’.

Prime minister Mark Rutte has said that he will raise the issue during Thursday’s summit although it is not an official point on the agenda.

Hungary’s foreign minister Peter Szijjarto said on Tuesday the law was only aimed at paedophiles. The law protects the children in a way that it makes it an exclusive right of the parents to educate their kids regarding sexual orientation until the age of 18,’ he is quoted as saying by Reuters. ‘This law doesn’t say anything about sexual orientation of adults.’