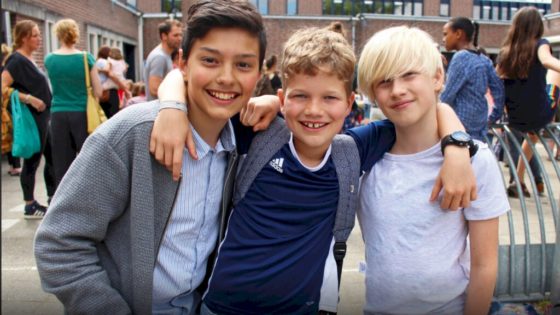 More than 150,000 people have signed a petition calling on the justice ministry to rethink a decision to deport a 13-year-old boy to Armenia, even though he is a Syrian Christian and has never been in the country.

Jacob and his mother have lost their right to stay in the Netherlands because the immigration service IND has decided they can settle in Armenia with the help of distant relatives.

The problem has arisen because mother Tina got Armenian passports for herself and her son, so they could get a visa to travel to Europe, rather than escape war-torn Damascus with the help of people smugglers.

The final straw had come when Jacob was injured in a bomb blast which killed one of his friends, De Groene Amsterdammer reported.

However, stories about a visa for Armenians proved to be false and Tina, who was 26 at the time, and Jacob, who was eight, made the journey to Europe in a small boat over the Mediterranean Sea. But because Armenia is classed as a safe third country, she and Jacob have now been repeatedly refused the right to stay in the Netherlands.

Jacob, who is in his first year of secondary school, and Tina now face deportation to Armenia, a country where he has never been and which she visited for just four days.

MPs have asked junior justice minister Ankie Broekers-Knol a string of questions about the case, including if she is willing to try and ensure they do get a residency permit after all.

Changes to the rules for giving well-rooted refugee children residency rights mean that the minister no longer has the right of discretion in difficult cases.

Tina’s mother, grandmother and brother were all granted asylum in the Netherlands, RTL Nieuws reported.